By Cape Reed International
Taking form on a disused landfill, the Dubai Safari Park’s main aim is to be green and environmentally sustainable.

Dubai Safari Park is our largest commercial project up to date, and this site is not only host to the largest roof area Cape Reed International has ever created, it is also home to the roof that required the most bundles of thatch in their history – a staggering seven 40ft containers of Cape thatching reed!

The brief was to provide the structures with a natural roof covering to fit in with the project concept of a Safari Park. Cape reed (Thamnochortus Insignis) roofs were designed according to local authority specifications which is like the US or British building codes. The roofs must be waterproofed and be able to withstand winds of 45m/s in line with the local code. 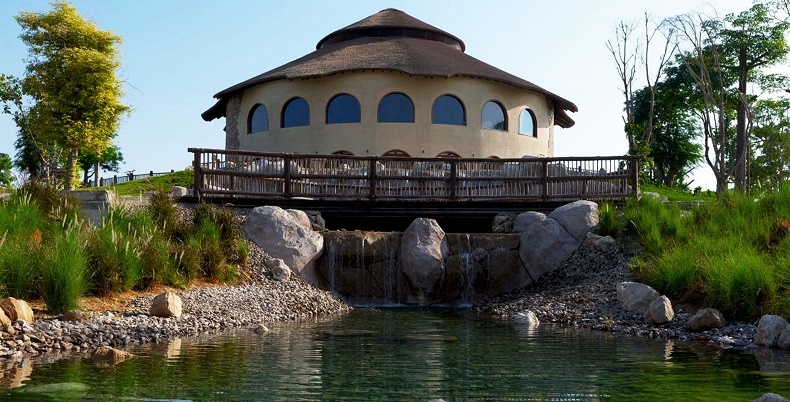 The project is home to the roof that required the most bundles of thatch in the company’s history. Credit: Cape Reed International 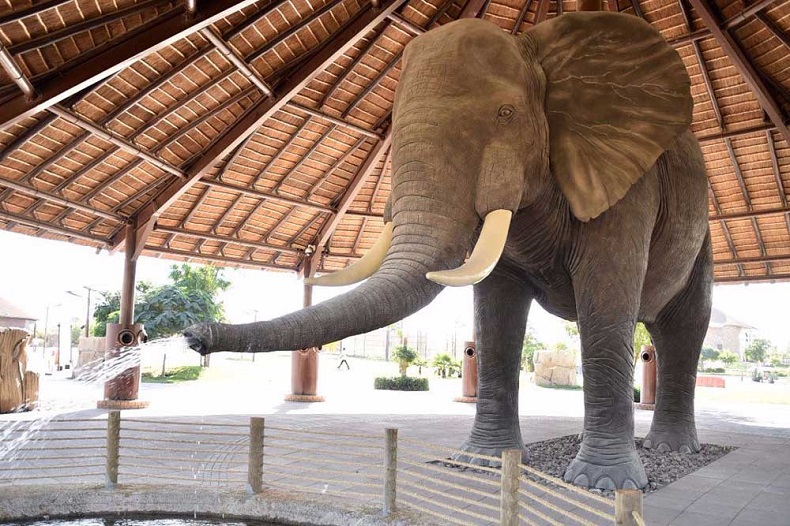 The inside of one of the roofs. Credit: Cape Reed International 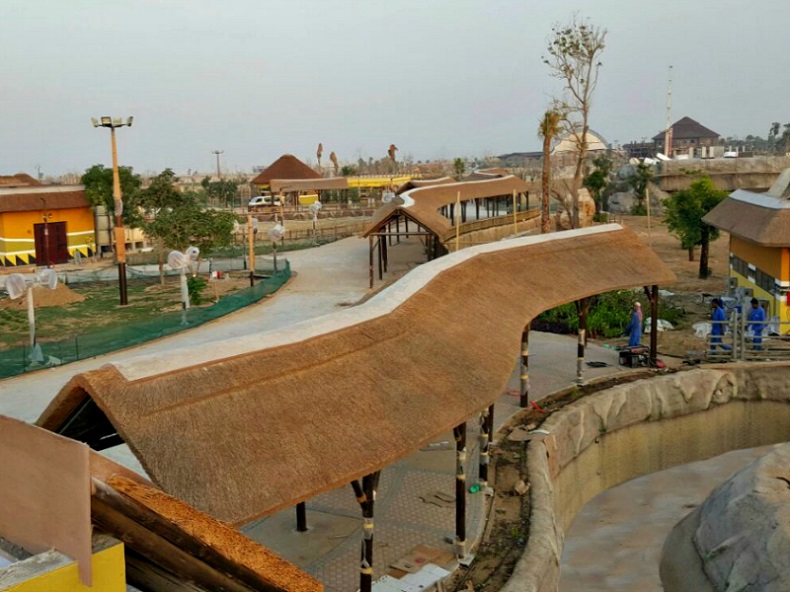 The park is home to many wildlife species. Credit: Cape Reed International

The thatch roofs also provide good insulation and a have a U-Value of 0.296W/m²K on a 180mm thickness that was chosen for this project. The United Arab Emirates (UAE) has a fairly dry climate therefore the roofs are constructed at a 35-degree pitch which provides a natural waterproof covering at 180mm thickness. The client requested structural timber elements to be used as much as possible throughout the project.

Eucalyptus grandis from Mpumalanga was selected for the project as it is the strongest material with the best availability in the market given the quantity and bigger dimensions required within the tight timeline provided by the client. All the timber is treated with Tanalith-E (a water-based preservative) in Riversdale, Cape Town, so that it has the longest possible life span with minimal maintenance while reaching both our and the client’s needs of using environmentally-friendly treatments.

These roofs are also highly versatile, durable and functional.

You must keep in mind that the area on which the park stands today, once used to be a landfill. This posed several challenges, all of which were successfully overcome. Dubai Safari Park is to date the largest commercial project completed by Cape Reed. The extensive thatched roofs (some of them covering more than 1 000m²) had some challenges during construction, especially with the integration of different building materials (timber, steel and concrete), but the Cape Reed team managed to face and tackle these challenges with great success.

Aesthetically, our thatched roofs are a perfect fit with the overall theme of the park, but apart from this, these roofs are also highly versatile, durable and functional. The excellent insulation properties of Cape reed thatch results in shaded areas that are significantly cooler than other conventional roofs. 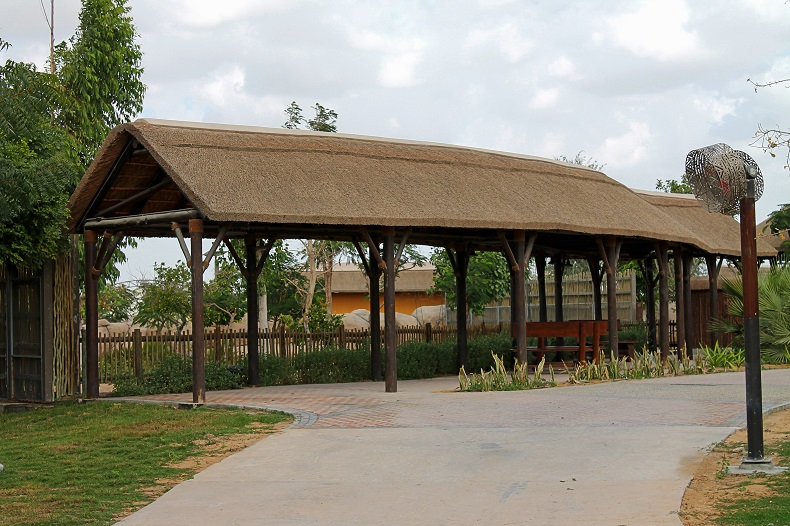 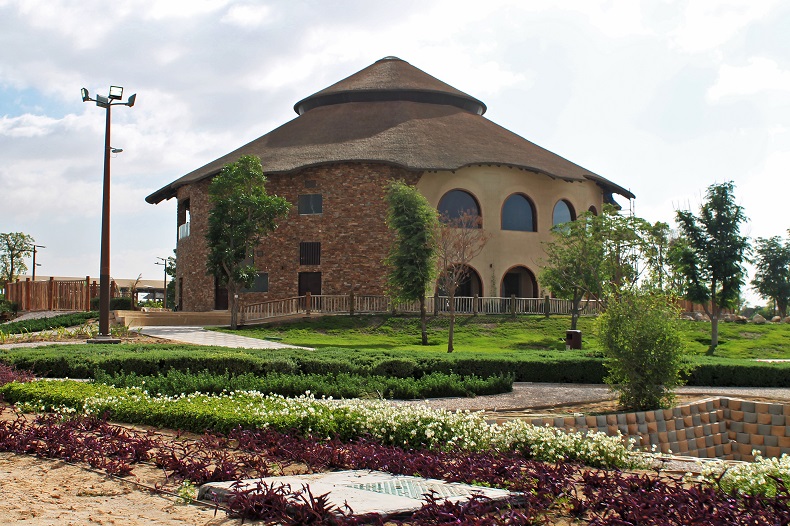 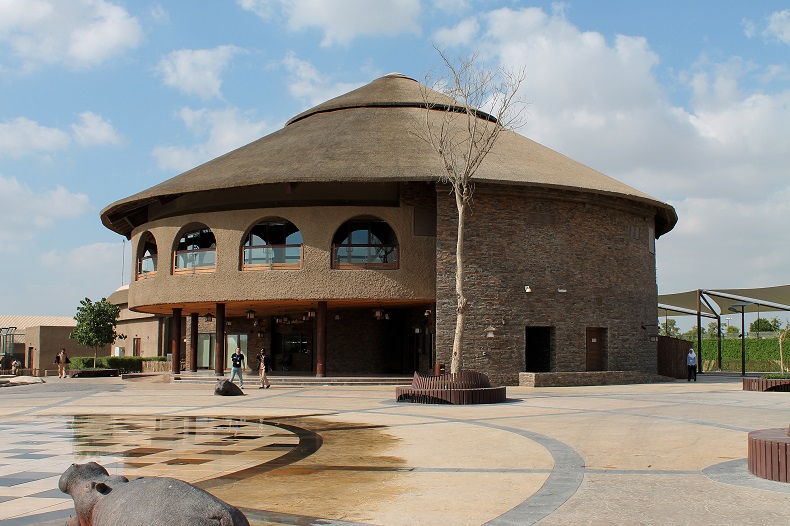 The result of the roofs is pleasing for both the park and its visitors. Credit: Cape Reed International

It will be the first zoo in the Middle East to become a member of World Association of Zoos and Aquariums (WAZA) and is home to more than 10 000 different animals (of which more than 350 species are rare and endangered).

The 120 hectares of land host a plethora of animal shelters, loading docks and recreational facilities (among a few) and all of it will be as green as possible. Additional green initiatives include solar panels and water recycling facilities on site, to be used in the general operations of the zoo.