A wooden ode to Africa

One notorious resource comes to mind once inside the charming establishment – timber has attractively been used in this space, namely its core attribute – its unmistakable wooden bar. “The use of timber on this project was an easy decision. Timber offers you a flexibility that most other materials simply do not. It is malleable and can cope with projects on extremely tight deadlines as pieces can be installed in situ,” says Matthew Millar, chief architect at Milarchi Architects.

Assigned to bringing architectural life to Mootee, Milarchi Architects worked shoulder to shoulder with the intimate and intricate project; so much so that the architectural team moved in. “It was the first collaboration between Milarchi Architects and Mootee. We loved the alleyway so much that we moved our offices here. We now share the space with Mootee,” enthuses Millar.

Chatting with Millar in this very space one evening, he says the project was a fantastically creative one to be a part of. “My now friends Dominic Walsh and Peter Good, founders and owners of Mootee, set out to create a cocktail bar that would rival and compete with the best cocktail bars around the globe and subsequently achieved just that – Mootee Bar was listed by the bar-recognising Spirited Awards as one of 2018’s top 10 best new cocktail bars in the world,” highlights Millar. 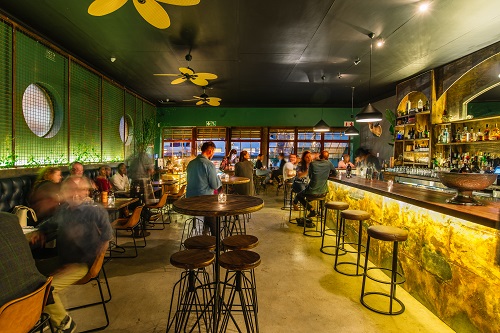 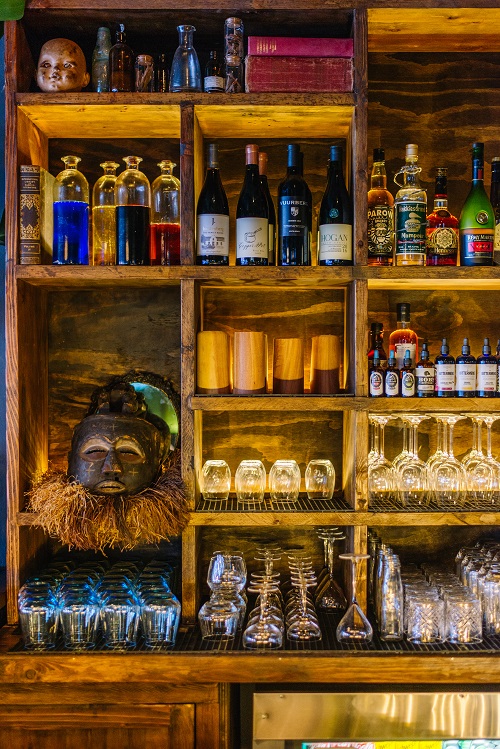 Timber is used extensively throughout the establishment. 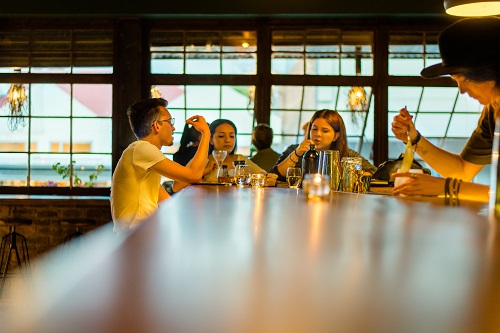 From rags to rustic riches

The wholly bartender-owned quirky cocktail haven opened in Melville last year. The project kicked off with the inheritance of an old, dilapidated and generally run down building, notes Millar, adding that, “The building once lived a life as the Melville meat market as well as a Mexican restaurant but subsequently had been gutted from neglect. The first step was to identify what the building had to offer the project and project concept.

“Often architecture is a simple process of identifying the inherit beauty in a place. We immediately identified the alleyway as a space that needed to be activated. This alleyway had spent the majority of its life storing dustbins and entertaining stray cats. It was our intention to bring this servitude alley into the 21st century while remaining honest to the fact that this is Joburg and it is indeed an alleyway. Therefore we created a situation where the building no longer turned its back onto the alleyway but rather faced it and embraced it.”

To maintain the essence of the alleyway while simultaneously tying in with the concept of Mootee, the architects decided to use a palette of materials that are natural and robust. “We would use the inherent characteristics of each material aesthetically. We rusted metal, chipped walls and burnt wood in such a way that all materials tied together in a harmonious way. We often joked between ourselves that as soon as a material arrived on site we would ‘destroy’ it,” laughs Millar.

“I would say that we are destroying sensitively. This approach is brought through the entire project from the alley to the bar itself, being rusted galvanised panels. It also offers a fantastic texture to the project, especially when burnt. When burning the timber the soft grain is burnt away leaving the hard grain unburnt. This emphasises the natural grain in a unique way. The burning of the wood is a technique that is often used in Japan. They do this to seal the wood in a natural way,” explains Millar.

Millar notes that simple South African pine was used in the design of Mootee. “We chose pine because it’s both a cost effective solution and it offered us a nice contrast between soft and hard grain. It’s a great wood to burn. While the wood will require maintenance over time, the timber is very resilient though due to both the burning process and also through the use of clear matt polyurethane sealant,” he explains.

Despite the traditional budget and time constraints, many of the project’s challenges were overcome easily due to the close working relationship between Milarchi Architects and Mootee, highlights Millar.

While every aspect of the bar is a firm favourite, Millar shares his appreciation for one of Mootee’s hidden gems. “There is a secret roof top garden that is amazing to sit on and gaze over the roofs of Melville.”