Native to Southeast Asia, environmental experts says that these beetles, also known as Euwallacea fornicatus, are a troublesome species that are able to cause a great deal of trouble to the environment. 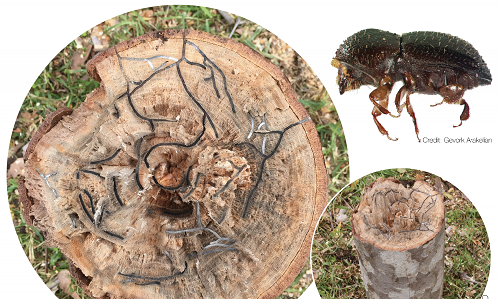 Measuring a little over 2mm, the beetle tunnels through the tree leaving larvae and fungi that may destroy the tree. Credit: Gevork Arekelian

These beetles are about 2mm long and associated with different types of fungi. One of these fungi is called Fusarium euwallacea. The shot hole beetle shares a symbiotic relationship with this fungus, as this fungus is the beetle’s main source of food in addition to it being the main cause associated with the wilting of trees. The other types of fungi are believed to help the beetle’s colonisation of newly infected trees.

‘The borer was discovered in 2017 by Dr Trudy Paap of the Forestry and Agricultural Biotechnology Institute (FABI) initially discovered the shot hole Borer beetle in South Africa. On a routine study for diseases in KwaZulu-Natal Botanical Gardens in Pietermaritzburg, Paap found a series of infested trees. This led to the identification of the beetle in addition to the regions in which infestations are taking place,’ explains the FABI website.

According to FABI, the discovery of this beetle and fungus in South Africa is of major concern to foresters, farmers and landscapers, as these organisms are known as aggressive tree killers. In 2017 the Johannesburg Urban Forest Alliance estimated that up to 100 000 trees in Johannesburg could already be infested, with the infestation spreading fast.

The PSHB along with its fungus has caused tremendous damage to the trees in the US, specifically California, in addition to regions in the Middle East. Moreover, the beetle has been recently discovered in Sandton, which is Johannesburg’s economic hub. This discovery is particularly concerning because Johannesburg is believed to be one of the world’s largest urban forests with more than 10 million trees. It has been confirmed in Durban, Hartswater, Bloemfontein, George, Knysna and Johannesburg.

Apparently, the beetle itself doesn’t kill the tree; rather it is the fungus that accompanies the beetle. FABI unpacks how this happens, ‘It bores through the bark into the sapwood of the trees and inoculate the fungus into living wood. The fungus grows in the tunnels of the beetle and serves as ‘vegetable garden’ for the beetle larvae, but insusceptible in trees, the fungus can spread through the sapwood causing disease or even death of the tree.’

Although, the beetles are too small to detect, an infected tree can tell all. The symptoms of infected trees vary from one tree species to another and there are many 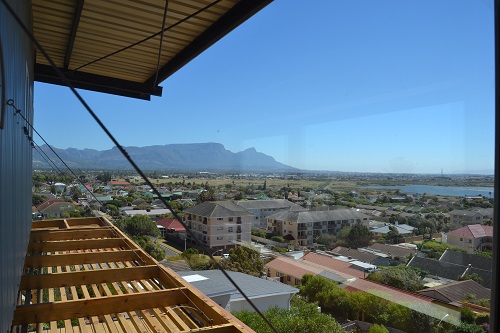 Since 2017, the beetle has been seen in various parts of the country. Credit: Ilana Koegelenberg

signs that show when a tree is infected.

Some of the signs include:

The PSHB infects more than 200 tree species from 28 plant families. However, some of the commercial species that are susceptible to the shot hole borer beetle include: 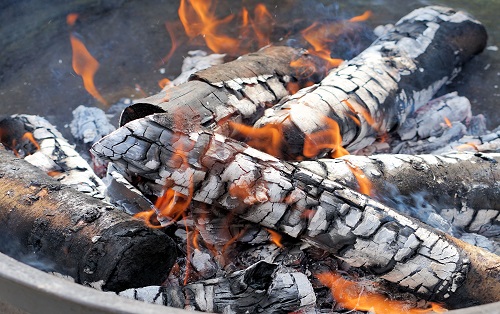 Environmental experts say the best treatment so far is to cut down the tree and burn it. Credit: Pixabay

Industry experts lament that treatment for beetle infestation isn’t available. Cutting the tree down and burning it is the best solution so far. Random Harvest, an indigenous plant nursery, recommends that care be taken when moving wood around in the form of fire wood and mulch because the beetle can be moved with these, inspection of nurseries so that infected trees are not sold to distant locations creating new sources of infection and relooking at sanitation of infected wood.

However, a wood preserver should be used to facilitate shelf life of the material. The hazard to which wood material will be subjected has an enormous bearing on the extent to which wood preservation will be effective. A piece of wood kept continually dry inside a building is subject to a much lower hazard than a piece embedded in the ground. For ground contact hazard, a heavy-duty preservative such as a CCA or creosote is required with continuous penetration to a significant depth and with relatively high retentions.

Public appeal has been made by various organisations to report new cases or find out more information about the beetle.