Many African countries have no official standards on wood treatment, and there is massive variation among those standards that do exist. 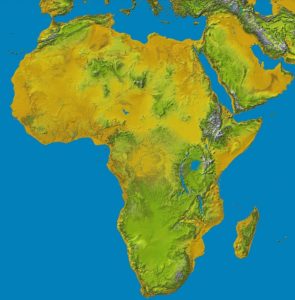 In most countries that have standards there are no regulatory bodies – South Africa is the exception to this rule – and where these bodies are in place, they are struggling to fulfil their mandate due to the complexities of the requirements, and uncertainties regarding specifications.

The situation needs to improve to ensure the sustainability of the wood treatment industry and opportunities for its members on the continent. However, the industry is young in Africa, and some good progress has been made.

This is the sum-up from interviews with the Dolphin Bay team working in different regions of the continent, who look forward to further development of the standards needed to vouchsafe quality.

According to Mark Duckham from Dolphin Bay, Swaziland has no official guidelines or specifications, and no certification body. As a result, the market often dictates to the suppliers what product they want. Unfortunately, due to an ignorance about the need for specifications and proper treatment, the markets’ decisions are mostly driven by price.

In the absence of specifications, it is important that timber treaters and the industry should try to educate the consumer that it is better to pay slightly more and ensure the product lasts. This is also necessary to protect the reputation of the timber treatment industry.

Some Swazi treaters, whose product is imported into South Africa, abide by all the South African standards and use South African accreditation bodies, which provide their services as a certification body in other countries upon request. “Dolphin Bay continually engages with the industry, in all the regions where we operate, to encourage our customers to treat their timber in line with the highest standards,” says Duckham.

“Tanzania is a leader in East Africa regarding wood treatment specifications,” says Dolphin Bay’s Darren Marillier. “Tanzania went through a very thorough process recently in drawing up standards, and the result was a good one. We need to start seeing the same thing in other countries.”

An East African specification has been drawn up, but this is outdated and in many cases is not used, says Marillier. Instead, “each country does its own thing”. “Treaters in the different countries use similar timber, and the wood is used for the same end application, but there is no regional consistency. And the regulatory bodies are not functioning well at all.”

Some large customers in the region set their own specifications, in some cases influenced by those in Kenya and South Africa. Uganda has drawn up specifications, and the Uganda National Bureau of Standards doubles up as an inspection body, but its staff have insufficient knowledge and capacity to cope with the scale of the timber treatment industry in Uganda.

The Rwandan industry is in the process of drawing up its own specifications after following the South African standards for some time, and the country’s local specs are expected to be very similar to those of South Africa. The country has only one plant, making it easier to make amendments. Rwanda does have a standards board.

“Let’s be honest, we need to admit that the regulatory bodies in many African countries are not performing optimally,” says Bertus Coetzee, Dolphin Bay managing director. “We believe this is no different from many other countries in the world. But we are committed to Africa, and the African market We fully understand the seriousness of the need for quality, to protect the developing infrastructure in Africa. For this reason, we may seem overly critical when it comes to regulatory bodies and the regulation of quality treated timber, but we do not believe we should be silent on this issue.”