Rooftek was involved in a project to repair damage done to the Lanzerac Hotel following a devastating fire. 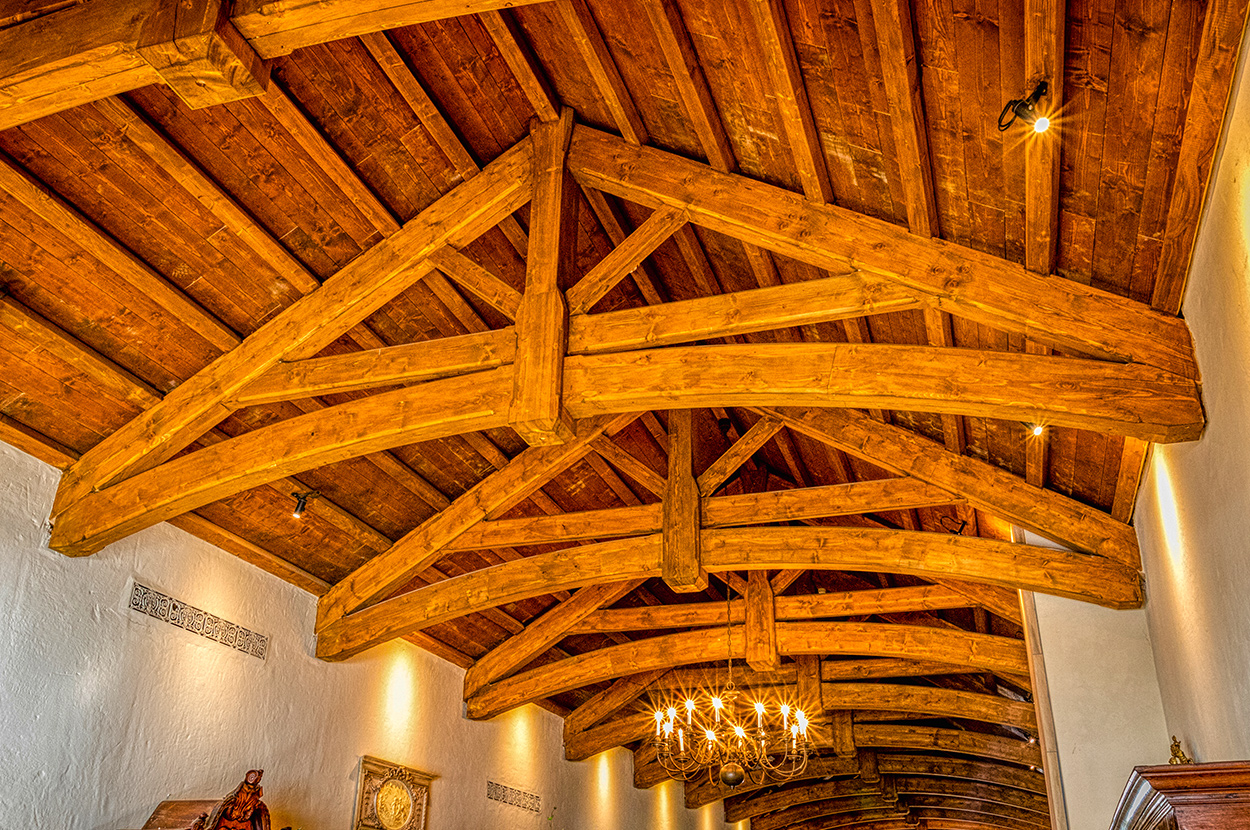 Spruce was the chosen timber for this project. Image: Rooftek Trusses

On 28 May 2017, there was a devastating fire gutted at the Lanzerac Hotel in Stellenbosch, one of Cape Town’s upmarket towns. The fire damaged the hotel’s reception, governor’s hall, craven lounge, bar and offices. The area is considered a heritage site, which made the project somewhat complicated, especially making the hotel to look like it did before the fire. 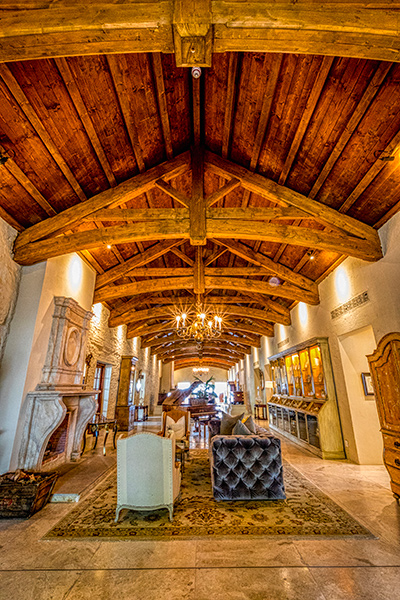 The roof of the Lanzerac Hotel after construction following a devastating fire. Image: Rooftek Trusses

Rooftek Trusses, as specialist roof truss designer and supplier, was approached by various contractors who were requested by the insurance company to work on the building. A lack of detail was among the initial challenges encountered during the project.

The building is close to 100 years old, which created additional challenges as replicating a building that was close to a century old was nothing short of impossible. In addition, the building had to adhere to building regulations that were not around almost 100 years ago.

The timeframe in which the roof had to be done was very tight putting a lot of pressure on the team involved. The original building was built in phases over the years and included yellowwood, Douglas fir (Oregon) and pine for the roof construction.

On some sections of the building, the walls had been constructed using raw clay. Heritage Western Cape prohibited the team to doing any reinforcement to the walls or plastering. Aligning 100-year-old building with current regulations and todays regulations together created an opportunity for innovation and out-of-the-box thinking.

It was decided that the timber of choice would be spruce; it is part of pine / conifer species and used as a building wood in Europe. Spruce has a fine grain and is easy to work with and comes in lengths up to 11.95m.

In total, about 70m³ of spruce was needed for the construction and roughly 20m3 of spruce ceiling was also needed. Materials used for the non-visual roof construction were SAP trusses with gang nails from Mitek.

The spruce timber used for the project was sourced from across South Africa in 200mm x 300mm sizes. The timber had to be reduced smaller sizes (200mm x 300mm) and to achieve this, more than three sections of lumber was used.

All components were joined together by mortice and tenon as well as SPAX screws supplied by Faitsch Products. Special Festool tools supplied by Vermont Sales were used on the various joints. Rooftek Trusses also took responsibility for erecting and installing the structure.

Because the building more than a century old, some of the walls were not in a good shape. As such, specialist brackets were made to help with the loads involved. There is no doubt that the project was challenging, however the team managed to work well together to have it complete in about five weeks.

Commenting on the project, Kalahari Bruwer, the roofing contractor says, “As some have seen the final result, I would like to thank all involved for giving Rooftek Trusses the opportunity to be part of a project of this magnitude and at such a special place as the Lanzerac Hotel.” 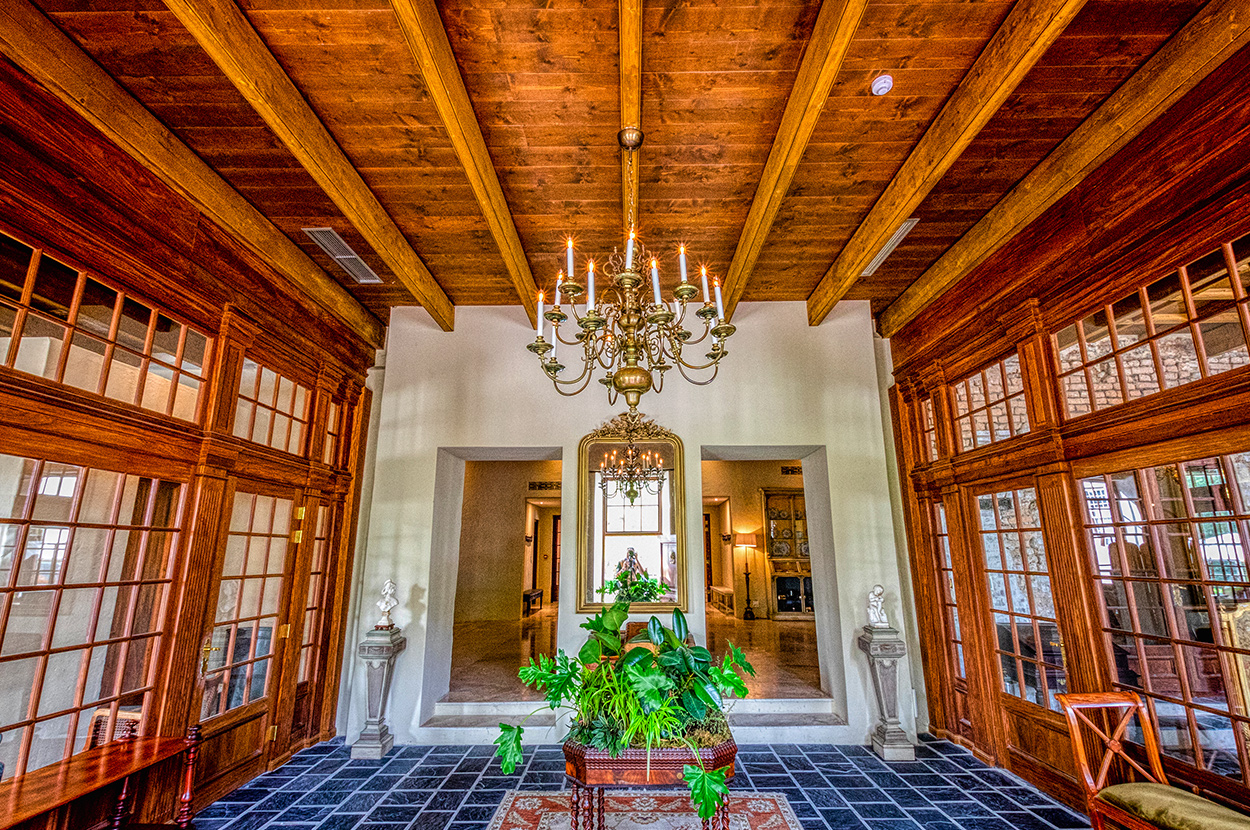 The team worked hard to make the project a success despite encountering many challenges. Image: Rooftek Trusses