The Helsinki Central Library, Oodi, is among the 20 recipients of the AZ Awards. The awards represent exceptional work being created in global architecture and design.

Designed by ALA Architects, the library is built with warm spruce cladding. The 17 250m² facility makes a resounding statement about the civic importance of libraries by dissolving the boundaries between the public square in front of the building and the glass-walled, column-free hall on the ground level. In this way, it also announces itself as the new and ambitious central node of the Finnish capital’s public library network.

Resembling a ship at its southern end, Oodi was actually engineered as an asymmetrical inhabited bridge. It’s this bridge structure, which spans over the ground floor, that allows for the main level to be free of columns. On the middle floor, reading nooks and an open central area with stepped seating fill the spaces between the bridge’s trusses, while amenities including recording and editing studios, a communal kitchen and a fabrication lab reside in enclosed rooms. The top floor unfolds under an undulating cloud-like ceiling – sunlight bursting through its rounded openings – to give loungers a panoramic view of the city centre.

The building’s three levels of programming both support the library’s traditional purpose – as a gathering place where everyone enjoys the free perusal and borrowing of books – and provides access to more contemporary sources of information. The building envelope itself was also designed to give back: its engineering was intrinsic to the project’s overall passive energy approach. 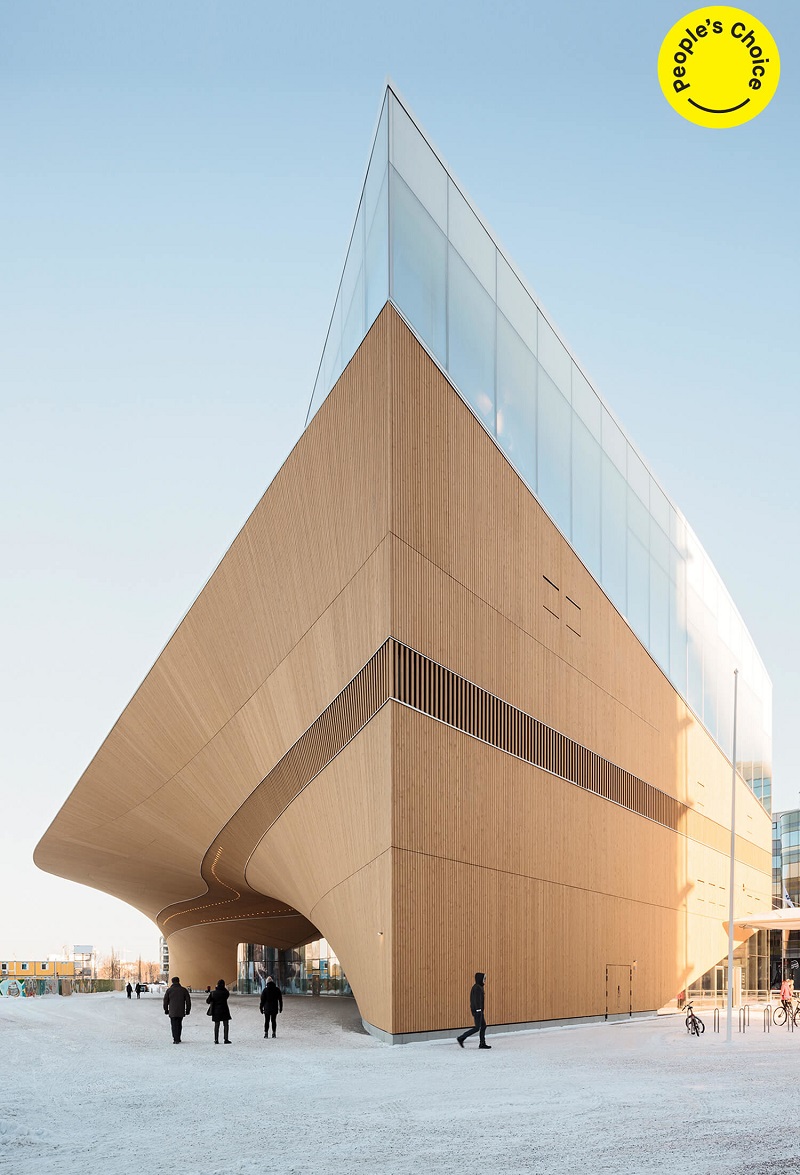 The Helsinki Central Library was among the buildings selected for an AZ award. Image credit: Azure