Rhys Evans, managing director at ALCO-Safe says that compulsory alcohol testing is often put into place as a safety measure in hazardous industries such as milling, manufacturing and transport.

However, there are certain challenges with the typical approach of using a manned breathalyser. Security personnel administering the tests often live in the same communities as the workers they are being asked to police, and this is problematic on a number of levels. Those being tested are often resentful, and if they have in fact been drinking frequently, resort to physical violence against the guards. Utilising an unmanned breathalyser system that can be integrated into access control or time and attendance solutions solves this issue and provides a number of other benefits. 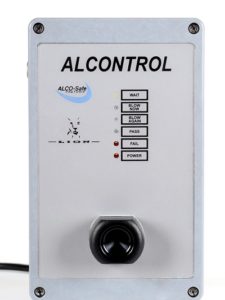 The Occupational Health and Safety (OHS) Act mandates a zero-tolerance approach to intoxication or the consumption of alcohol in the workplace. To prevent contravention of this Act, many organisations implement compulsory alcohol testing before workers are permitted entry. While in theory this would seem to be the ideal solution, the reality is that it is often not as effective as organisations would like to believe. This is down to one thing: the human element.

The security guards doing the testing are seen as the ‘bad guys’ and those being tested often threaten or actually physically harm the guards once they are away from the safety of the workplace. This is a clear case of ‘shooting the messenger’ since the guards are simply doing their jobs, but the prevalence of such violence is high. Even if they are not physically harmed, the guards may be socially ostracised and isolated, which causes numerous other issues.

These threats and intimidation not only create an unpleasant working environment for security personnel, they also negatively impact the effectiveness of the testing policies. Under threat, or following bribery, security personnel may not report all of the positive tests they come across. This means that intoxicated workers may be permitted access, with the knock-on negative effects on the safety of all on site.

Even in an ideal world without the threat of violence, manual breathalyser tests can be prone to human error. Security personnel must be trusted to conduct the test properly each and every time, and they may be distracted or busy, people may slip through, or the tests may not be performed accurately. New technology in the form of unmanned breathalysers provides the ideal solution to all of these challenges.

An unmanned breathalyser ensures that there are no operators required to perform compulsory alcohol testing, so there are no human elements involved. Security guards cannot be blamed or intimidated, and all positives are reported. Such a system can simply be wall mounted, however for compulsory testing, it can also be integrated into access control and time and attendance turnstiles. The access control will not permit access unless a negative result is obtained, and a siren and/or light can be fitted to alert security should a positive sample be obtained. It is also possible to have obtain reports from the time the tests were taken that would show how many people were tested and how many were positive or negative.

This ensures that access is denied to anyone who blows a positive result, and these individuals can be brought in for further testing and disciplinary processes. Unmanned breathalysers can also be fitted with a camera that can record every test, or every positive result, for evidentiary purposes. Systems can be installed at entrances as well as exits, to prevent intoxicated workers from entering as well as to prevent workers from drinking while on the clock.

With an unmanned breathalyser solution in place, compulsory testing is integrated into access control through a simple plug and play interface. No changes to policy are required, the wellbeing of security guards is improved, and the safe working conditions of all workers can be improved on all levels.