AHEC to participate in MumbaiWood 2019

According to the American Hardwood Export Council (AHEC), the market for American hardwoods in India is on its way to fulfil its true potential over the course of the next few years.

Aiming to leverage the growing demand in India and the need for alternative hardwood species, AHEC has announced its participation at the upcoming MumbaiWood show, which will be held at the Bombay Exhibition Centre from 17-19 October 2019.

AHEC has also announced plans to host a mini convention in Jaipur in partnership with the Federation of Rajasthan Handicraft Exporters (FORHEX). This mini-convention follows a similar initiative undertaken earlier this year in Jodhpur and will include factory tours, a networking event and mini-convention from 21-22 October 2019. Testament to the interest in the Indian market, AHEC has already received confirmations from over 25 US-based hardwood and veneer exporters, who are all keen to do business in the country. 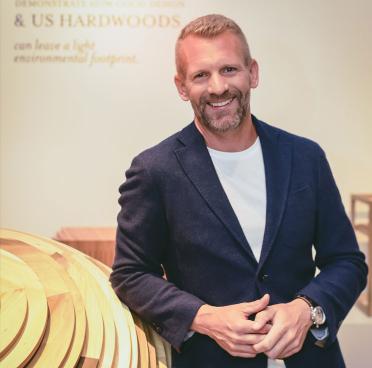 For some time, anecdotal evidence has pointed to a genuine increase in interest from both Indian importers and manufacturers in bringing kiln-dried hardwood lumber from the United States to the market. However, there is now hard evidence in the export statistics to support this.

According to the latest reports, the volume of US hardwood lumber shipped to India during the first half of this year increased by over 190% in volume to 1 661m³ and by 102% in value to USD1.06-million. Over a third of the volume shipped during the period was accounted for by red oak, which was not shipped to India at all in 2018. The remainder was accounted for by a range of species, including hickory, walnut, white oak, ash, maple and cherry.

“While exports of US hardwood lumber to India remains relatively small in relation to the potential size of the market, there has been an undeniable leap in the volume of shipments so far this year. Looking ahead, it would seem that almost any American hardwood species may find a place in the Indian market, provided it is both competitive in price and readily available in significant and consistent volumes. This is relevant, particularly for the oaks, which comprise close to half of the American hardwood forest resource,” said Roderick Wiles, AHEC regional director.

These numbers do not yet place India anywhere near the realms of major export markets for US hardwoods, but they are an obvious indication of a genuine change in the market structure. AHEC has been monitoring the development of modern and mechanised furniture manufacturing in India over the past few years and the indications are that more and more factories are investing in space, machinery and manpower, as the conditions for running a business become less bureaucratic and the market opportunity becomes more evident. Whether it is for export or for domestic consumption, there is no doubt that demand for furniture manufacturing in India is growing, which once again bodes well for American hardwoods.

“Given the developing opportunities in mind, AHEC has redoubled its efforts in India over the past two years or so, stepping up activities and focusing heavily on the wooden furniture and handicrafts sector in Rajasthan. Following a successful event in Jodhpur in March earlier this year, we are now looking forward to working with FORHEX for a similar event in October later this year. Our return to MumbaiWood also offers us a strategic platform from which we can interact with our intended target audience of timber importers, traders, furniture manufacturers, wood processing companies, as well as architects and interior designers. Our participation will allow us to share more knowledge on the wide array of American hardwood species and their significant potential for a range of applications,” concluded Wiles.