Architect and urban designer Reinier Visser writes an opinion piece about National Council of Provinces building in Cape Town. The building is over 100 years old and was constructed using various techniques such as wood-graining paint techniques. The interior of the building also has elements of timber. 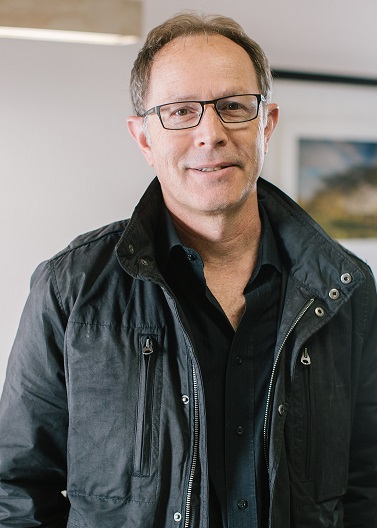 The National Council of Provinces building in Cape Town forms part of the Parliament of South Africa and is located in the Parliamentary Precinct, which is a Grade 1 heritage resource. The undertaking of a rehabilitation project on a heritage building such as this requires an enormous amount of sensitivity and design skill to combine the old with the new.

The building itself was completed in 1884 and has been part of our government since the British rule in 1806. It was the seat of three further government representatives before 1994, when it became the seat of the National Council of Provinces under the first democratic government.

Its purpose is to ensure that the nine Provinces and local governments have a direct voice in Parliament when laws are made. Collectively, the National Council of Provinces ensures that provincial interests are considered in the national sphere of government. When undertaking the rehabilitation of such an important building, its primary use and purpose is of as much importance as the historical context.

The building has undergone many alterations and renovations over the past 100 years, most of which were internal. The first major intervention was in 1910 by Sir Herbert Baker, while the last major alteration was to the Chamber in 2002. Work began on the current renovations towards the end of 2017.

A building with historical value must remain relevant

It is important that the building continues to function for its primary purpose – that of a government building – and not to become a museum.

Therefore, the aim is not to restore the building to some original state or condition, but to add another layer of history that is representative of the first democratic government of South Africa. The richness in the built fabric, through the layering of interventions over the years, is representative of our past, present, and future. Though not insignificant, the cultural heritage value of the building and its function far outweighs the architectural, physical heritage.

Having been the seat of government for 135 years, many alterations to the original building were made to meet the needs, requirements, and growth of each of the successive governments. Our first step is to repair damaged fabric and to do maintenance where needed. The next step is to remove the redundant infrastructure and to sensitively incorporate modern technology to allow the occupants to operate effectively.

The primary historical renovation strategy in a project such as this is to preserve as much of the original building fabric as possible, and to add as little new fabric as possible. Any new interventions should not damage the existing fabric beyond repair and should be designed to be reversible, should it become necessary in the future. Sensitivity is key.

We began this project with research to understand the historical significance of the building, and how it has changed over time. This process produced what we call a sensitivity map, which indicates where both intervention and preservation can take place to ensure we retain the historical context when performing updates to the internal services and structural repairs. A thorough building condition assessment was done at the same time to determine where the building fabric had deteriorated and needed restoration, and to assess the condition of electrical and mechanical services.

This process gave us an action plan for renovations while taking into consideration the client’s requirements for the end use.

Our biggest challenge is no doubt to incorporate the installation of new mechanical, electrical and electronic services in a way that would maintain the character and appeal of the original. These buildings were built in a time when air conditioning, data lines, and CCTV cameras, for example, were unknown. Modernisation is imperative for the primary function of the NCOP.

Renovation, or rehabilitation, of a heritage building, requires an enormous amount of sensitivity and design skill to combine these new additions with the old. It requires extensive research and experience into the construction methods and materials in our old buildings.

New trends in heritage restoration give us insight into what is possible. They showcase new techniques and materials that allow architects to restore heritage buildings in even more sensitive ways. It is always important to remain current and incorporate these modern techniques where possible.

Designing with modern use in mind

The building must function to remain relevant and continue to form a part of our urban fabric and history. Without this, it would become just another museum.

Electronic installations (data, communications, and security) are vital components in every business today, and no less so for a government office. Failure to modernise would render the building, and its purpose in serving our communities, obsolete. Similarly, lighting and energy-saving innovations have become critical in the modern world, and governments must set an example in their buildings. At a human level, historical buildings should become universally accessible to enable people of all abilities to visit and work in these buildings. This requires certain interventions, for example to deal with level changes.

Incorporating environmental standards into a piece of history

In principle, the reuse of an existing building in an inner city is already promoting sustainability. In the process of revitalising the building for modern use, we use sustainable materials – for example, locally manufactured ‘green’ air conditioning units and led light fittings – and remove unhealthy materials, such as asbestos and lead. Incorporating energy-efficient electrical and mechanical installations will reduce the building’s overall energy needs. In terms of job creation and promoting scarce skills and knowledge, the renovations require labour-intensive work, including the passing on of specialist rehabilitation techniques such as wood-graining paint techniques.

The National Council of Provinces building is a continuum of history, from the day it was built to today, and into the future. It is a compendium of the history of our nation. That should be the focus for visitors, and that remains our focus in this important project.