The Institute for Timber Construction South Africa (ITC-SA) reverses its resolution of dormancy following overwhelming feedback from various quarters of the structural timber industry, the full spectrum of its membership as well as government departments, on the critical role that the Institute has played – and should continue to play – in South Africa’s engineered timber construction industry. 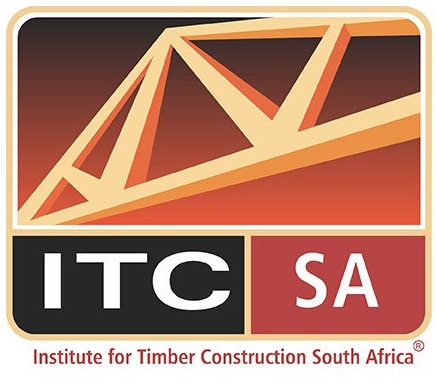 The ITC-SA has reversed its dormancy resolution. Image credit: ITC-SA

In view of this clear indication of support for the continuance of the ITC-SA, along with numerous proposals for continuing the Institute’s functioning, an extra-ordinary Board meeting was held on 16 October 2019 in order to collate this feedback and investigate a possible turnaround strategy.

After extensive deliberation, the current board resolves to continue until a workable and enforceable model, which will ensure the practical and effective regulation and promotion of the engineered timber construction industry, is developed. This model is to be presented to a Special General Meeting of its members, where a new board will be elected, which is to accurately reflect the membership and incorporate key role players in the engineered timber construction industry.

As such, the ITC-SA’s resolution for dormancy is reversed, subject to the introduction of a sustainable funding model and an avenue for introducing compulsory membership, as well as certain restrictions relating to the position of chairperson on the board.

Discussions with key industry stakeholders are under way in order to pave the way for a practical, effective and sustainable way forward to ensure the continuation of the ITC-SA’s critical role in safeguarding the engineered timber construction industry in South Africa.

Regional branch meetings have been scheduled for Gauteng, Mpumalanga, Limpopo and KwaZulu-Natal in order to gather further insights and suggestions from the Institute’s membership. Members are strongly encouraged to use this opportunity to have their say and actively influence the future of the ITC-SA and the wider industry.