Timber has proven to be a reliable building material. There has been a lot of innovation using timber where building designs and methods have improved. Continents such as Europe and the Americas are advanced in terms of timber construction, while Africa is still lagging behind. 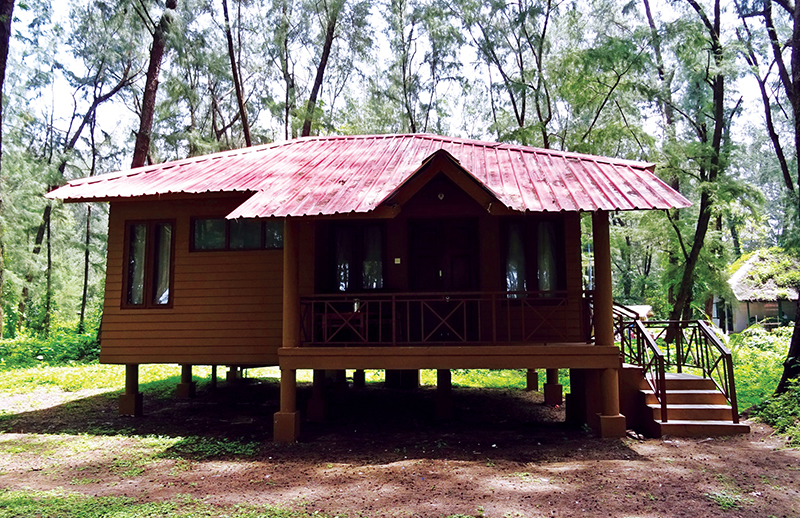 Timber in Africa is used extensively in the building of lodges. Credit: Pixabay

Nigeria as a case study

Adedeji and Ogunsote mention that timber is available in the forested parts of Nigeria. Its availability has also made provision for a variety of building materials and products used for timber construction in Nigeria. They further add that most of the roof structures and ceiling noggins in Nigeria are constructed from timber, specifically the abora, aye and afara species. These species are durable and easy to work with – making them ideal for roof structures and ceiling noggins.

Another species commonly used for construction in the West African country is opepe. Because of its natural resistance to insect attack, the yellow looking hardwood is used for doors and window frames.

Professor Ikechukwu Onyegiri and Iwuagwu Ben Ugochukwu co-authored a journal article which was published the International Journal of Research in Chemical, Metallurgical and Civil Engineering. The article mentions timber as one of the traditional building materials found in large quantities in Nigeria. The article titled Traditional Building Materials as a Sustainable Resource and Material for Low Cost Housing in Nigeria: Advantages, Challenges and the Way Forward, also explains that in the olden days, homes were built using traditional materials comprising of mud, straw, timber, thatch and grass.

Perceptions and opportunities about timber construction

Although timber has its roots in construction, brick and concrete soon took over Onyegiri and Ugochukwu mention that this soon changed when modern technologies were introduced during the industrial period. Among those technologies were concrete blocks and slabs. With time, people living in wattle and daub houses wanted to change their homes to new trend that was brick and mortar.

With the new trend, came a perception was created that brick and mortar structures were better than structures built with alternative materials such as timber. One of the reasons timber construction is still slightly behind on the continent is due to the perception about using timber for construction. In the book Housing Market Dynamics in Africa, authors El-hadj M. Bah, Issa Faye and Zekebweliwai F. Geh mention that there is a perception that houses built using brick and mortar are better than houses built using alternative building technologies such as prefabricated material and timber. Sabie Poles marketing manager Danie Boshoff shares the book’s sentiments, saying that in South Africa and the rest of Africa, brick and mortar are the dominant materials when it comes to construction.

Although people still prefer to use the brick and mortar for construction, there are still many opportunities for timber construction on the continent. According to Boshoff, timber on the African content is predominantly used for the construction of lodges and bridges.

As a continent, Africa has unique characteristics that present opportunities for timber construction to thrive. One of the characteristics is the population. According to Bah, Faye and Geh, the African population was estimated to be 1.18 billion in 2018 and was expected to double by 2050. With population growth comes urbanisation and that is where opportunities for timber construction lie, as there will be a demand for decent accommodation.

Onyegiri and Ugochukwu highlight that when considering sustainable construction, it is critical to think about techniques, practices and sources of raw materials. Their article highlights that the increasing costs of building are a major challenge, especially in developing countries – which is attributed to the cost of building materials. A possible solution to such a challenge would be if building materials for low-cost housing are sourced from raw materials which are available locally. As such, timber would be an ideal source of building, especially for a developing continent such as Africa.

Advantages of using timber for construction 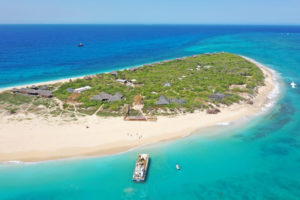 Lodges being built on an African island. Credit Sabie Poles

Timber as a building material has many advantages, some of which are ideal for Africa as a developing continent. Affordability and convenience are among the advantages. Onyegiri and Ugochukwu mention that using timber is more affordable than importing other materials for construction. They also add that as a locally sourced material, timber has the potential to drastically reduce transportation costs whereby materials need not be transported from urban areas to rural areas and vice versa. “Timber is transportable. To erect a timber framed lodge is much easier than to do it with brick and concrete,” comments Boshoff.

Boshoff adds that timber construction in Africa also contributes positively to a country’s local economy. He explains local timber forests have multiple advantages for a local economy. “Firstly, they benefit from growing the trees then from selling the logs to the lodge builders,” he says. Lodges built from locally sourced timber have a knock-on effect on the communities in which they are built as employment opportunities become available. Apart from lodges and houses, timber is also used to build much-needed infrastructure such as bridges.

Onyegiri and Ugochukwu mention reusability as an additional advantage. They explain that timber from doors, windows and old barns have been successfully reused for construction. Unlike other materials, timber is easy to remove and reinstall for construction purposes. The reuse of timber is very important, especially for rural areas which are found in most African countries where building resources may be in short supply.

In addition to being cost-effective, Adedeji and Ogunsote add that alternative building technologies such as cross laminated timber, are also energy efficient. 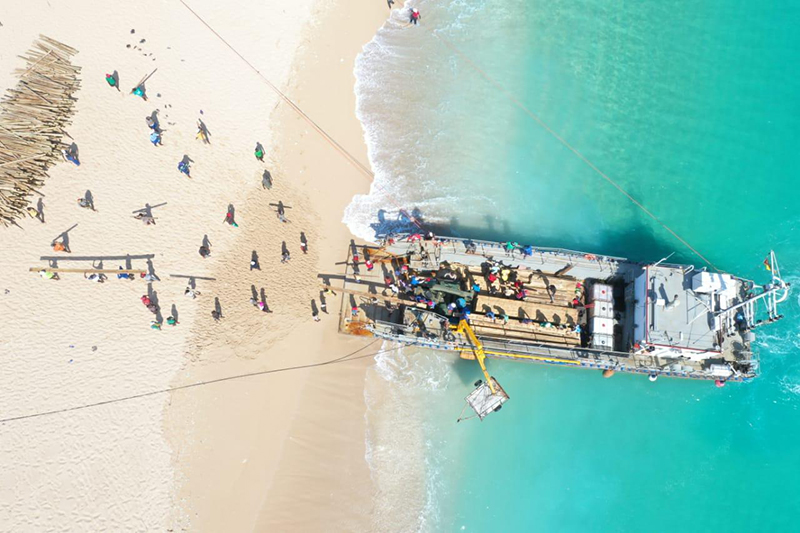 Timber being transported by boat for a project in Africa. Credit: Sabie Poles

Challenges with timber construction in Africa

Compared to the rest of the world, the African continent is still fairly behind in terms of timber construction. “The rest of the world makes more use of timber because they have more,” says Boshoff. He explains that some plantations in Africa are not sustainable because there is no replanting of trees after they have been cut down and harvested for construction. “For a tree farmer, as soon as he cuts down a block, he has to replant. With indigenous species, very little gets replanted,” he says. He does mention that only a few countries such as Tanzania, Mozambique, Zambia, Zimbabwe and Malawi still replant trees after they have been harvested.

In their book, Bah, Faye and Geh also mention technology as a contributing factor towards the challenges of timber construction on the continent. They explain that manufacturing units are required for transforming raw timber materials into finished panels suitable for construction. As a developing continent, not all the countries on the continent have access to the latest technological innovations used by countries in Europe and America – who are also far more advanced in terms of timber construction.

Despite all the challenge