Burning organic matter as a cleaner source of power

Burning large amounts of wood from forests can cut greenhouse gas pollution—but only alongside policies that encourage new trees to quickly absorb carbon dioxide. That’s the conclusion of new research published in Science Advances, which seeks to counter the prevailing view that biomass can worsen climate change. 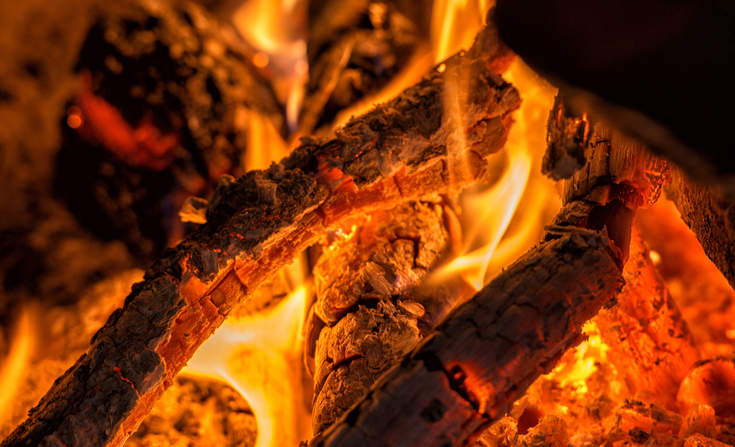 Burning wood-waste or even organic waste matter from farms along with carbon accounting policies may be a way to clean energy. Image credit: Shutterstock

Energy companies in the US and Europe — are turning to biomass fuels harvested from forests or farms as a way to wean themselves off coal, which is widely considered the most ‘dirty’ of the fossil fuels.

While wood is the largest biomass source, it can also come from other organic matter such as crop waste or even garbage. That material is then burned to run steam turbines that produce electricity (and heat as a by-product) that can be piped to homes. It can also be turned into biofuels for transportation. Tree roots and stumps can also be utilised as a source for energy production.

The Intergovernmental panel on climate change estimates that to hold global temperature rise to below 1.5° Celsius, the world will need to rely on both biomass fuels and creating new forests. The role of wood-based biomass in tackling climate change is controversial, however. A series of scientific reports have determined that cutting down trees for energy releases carbon into the atmosphere faster than the next generation of trees can absorb it.

Carbon accounting is complex, especially when it comes to forests, because it depends on soil type, weather, the types of trees, how the wood is transported, and where and how it’s burned. But the new paper’s authors, led by researchers at the Universities of Maine and Ohio, found that high demand for bioenergy can actually increase the amount of carbon dioxide stored in forests. That’s because higher turnover would encourage greater replanting and better forest management, they claim.

To achieve a net climate benefit, biomass must be governed by efficient climate policies that take into account both the amount of carbon dioxide that forests soak up as well as how much they release when chopped down and burned.

As the researchers put it, “Incentivising both wood-based bioenergy and forest sequestration”—forests soaking up carbon from the atmosphere—“could increase carbon sequestration and conserve natural forests simultaneously.”