By Eckart Zollner, Head of Business Development at EDS Systems

Within the end of national lockdown, the Department of Environment, Forestry and Fisheries is due to release its report on the greenhouse-gas (GHG) emissions pertaining to South Africa’s largest polluters. 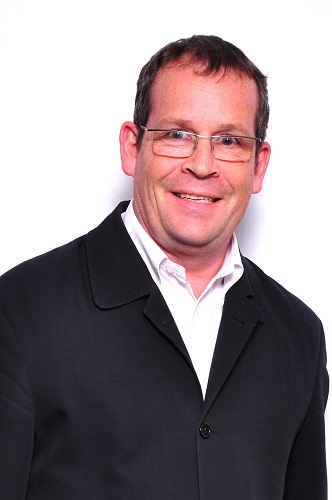 A UN report warned that we have less than 12 years to avert catastrophic climate change. Image credit: EDS

In so ordering, the Minister is taking a firm stance in indicating that large corporates will have to face public scrutiny of their air pollution data and anti-pollution plans, in addition to legislative taxation on excess carbon emissions. With two of the largest polluters accountable for 40% of South Africa’s GHG emissions alone, it’s time for businesses and individuals alike to acknowledge that the urgency of the situation requires everyone to accurately quantify, assess and reduce their contributions in order to prevent catastrophic climate change.

The danger of climate change

According to a report released by the UN’s Intergovernmental Panel on Climate Change, it has been verified that the Earth’s temperature has risen by one degree since the Industrial Revolution. This might not sound like much, but things are about to get even hotter.

If we persist with current emission rates and business-as-usual attitude, temperatures will soar by a further 1.5 degrees in the next 10-15 years and with a 2ºC increase or higher, the planet will soon be uninhabitable.

The report warned that we have less than 12 years to avert catastrophic climate change, which will require a 45% reduction of 2010’s emission levels by 2030 and then net zero by 2050.

South Africa is hugely problematic, given that we depend on coal for most of our electricity production. Our emission levels are on par with the United Kingdom (UK), even though its economy is eight times larger.

To address our responsibility as a signatory to the Paris Accord, South Africa recently implemented its Carbon Tax Act which calculates a tax liability based on the GHG emissions of an organisation that exceed the legislative threshold.

Although payment of this tax was due on 1 June 2020 for companies that fall within phase one, filing and payment has been delayed by the government for three months in response to the Covid-19 pandemic. But filing and payment will commence in future and organisations must still prepare.

Once lockdown has been lifted, information on 16 of South Africa’s biggest polluters will be released for public examination, including information relating to their annual emissions, their plans to reduce those over five years and audited reports on target progress.

This serves to communicate to carbon-heavy industries that they can no longer ignore their duty to comply with the Carbon Tax Act. Failing to show that they’re taking sufficient steps to do so will result in public outcry, in addition to an increased tax burden.

No room for guesswork in compliance

While businesses might feel pressured to reassess their emissions and lower their carbon footprint, quantifying their contribution in order to determine an appropriate decarbonisation framework isn’t that difficult.

Technology solutions that monitor carbon footprint as well as showing tax liability have made it a simple matter of generating an accurate visualisation and report based on the input of emissions or process data, breaking tax liability down into its relevant emissions sources per emitter site.

This provides an overview of the company’s liability from a carbon tax perspective, tracking, tracing and assessing the carbon footprint across the organisation to calculate a carbon tax amount owing, that considers any offset reductions.

In addition to ensuring that the organisation is correctly taxed, being able to visualise emissions and identify carbon reduction opportunities in the supply value chain is one of the major technological benefits of carbon tax calculator and reporting  solutions, helping to frame a solid, workable strategy to reduce pollution. This strategy, combined with effective public communications, can go a long way toward tipping the scales from public outcry, to public support.