Kenyan logging company Komaza has recently completed a Class B fund-raising campaign that generated USD28-million. The money will be used to develop its forest plantations for sustainable timber harvesting. 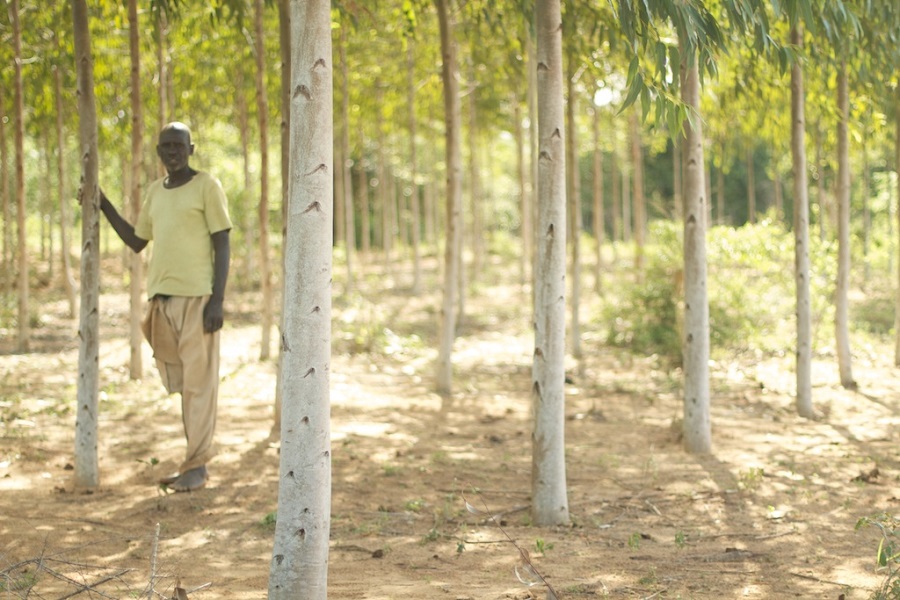 Sustainable timber harvesting may have a bright future in Kenya. The logging company has raised USD28-million to expand its operations in Kenya and elsewhere in Africa. In rural Kenya, the company is partnering with small-scale farmers to plant trees to be sold as ‘sustainable timber’.

Komaza signs a partnership with a tree planter to support them in the entire process, from providing seedlings and other inputs for tree planting development to cutting the wood. Komaza’s fundraising was arranged by AXA Investment Managers of Novastar LP through its AXA Impact Fund: Climate & Biodiversity; as well as by Nederlandse Financierings-Maatschappij voor Ontwikkelingslanden (FMO), the Dutch development finance company. The financial company Mirova also participated in the financial mobilisation of Komaza through its Land Degradation Neutrality Fund.

As part of its Class B fundraising, Komaza planned to raise USD30- million. The forestry company eventually raised USD28-million in the form of equity investments. The funds will be used to develop two sustainable wood production sites. The company also plans to build a facility to manufacture ‘sustainable and high-quality’ building materials. It also plans to develop a mobile application to improve farmers’ access to best practices in tree planting.

Komaza has also included a remote sensing pilot project for automated monitoring of its farms in its specifications. “For every hectare of habitat lost on the Kenyan coast, more species are lost than anywhere else on the planet… To meet these challenges, ambitious companies need to fight to create value and align incentives with solutions that work for both people and the planet. At Komaza, our vision is to become Africa’s largest forestry company, partnering with farmers to provide a sustainable and hyper-scaled domestic wood supply,” says Tevis Howard, founder and CEO of Komaza.

With 100 employees working from its headquarters in Kilifi, Kenya, and elsewhere in the country, Komaza has already planted more than 2 million trees thanks to more than 6 000 farmers in Kenya. Most of its plantations are located in Kilifi County. But the company wants to expand into other counties, including Kwale in the southeast of the country. Komaza aims to plant 1 billion trees with 1 million farmers in more than 10 African countries by 2030.

The article was written by Jean Marie Takouleu and first appeared on the Afrik21 website.