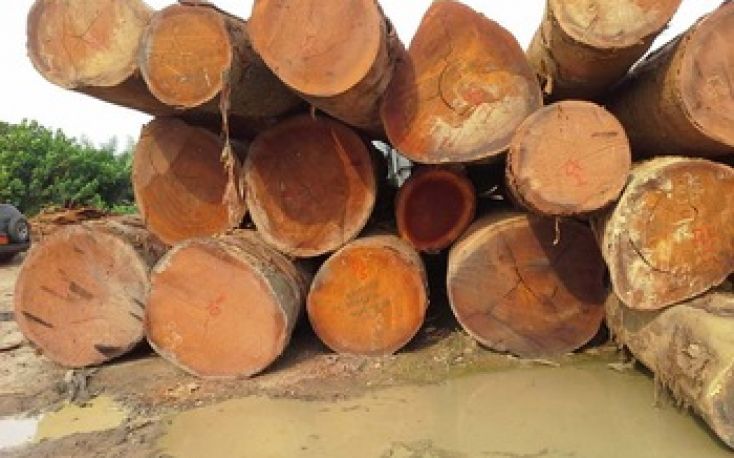 High rainfall in countries like Cameroon and Gabon has adversely affected the production and processing of timber products. Image credit: Timber industry news

Countries in West Africa continues reporting above average rainfall in the region, which is having a detrimental effect on the production and processing of timber products in several countries. Cameroon, for example, continues reporting heavy rain. Cameroon is usually dry at this time of the year. However, the unseasonal rain has added an extra challenge for mills, which already have the economic outfall of Covid-19 to deal with.

Recently Libreville, the capital of Gabon, was badly flooded. According to reports, most mills in Gabon are also struggling to maintain production.

Meanwhile, it has been reported that unlicensed mobile mill operators in Cameroon have increased illegal operations as surveillance has been disrupted by the pandemic control measures. While most of the timber is for the local market there is a risk that some may feed into export shipments. A recent study by the United Nations Economic Commission for Africa (ECA) says Cameroon’s private sector is currently ill-prepared to benefit from opportunities offered by the green economy but that government action could turn this around.

The study on ‘Leveraging the Potential of the Private Sector to Stimulate Green Growth and Job Creation in Cameroon’ explores five sectors in which both government and the private sector should focus such as energy, agriculture, and manufacturing, waste treatment and forest resource management. “With its forest cover estimated at 22.5 million hectares, including 17 million hectares of dense and humid forests, representing the second largest forest in Central Africa after the Democratic Republic of the Congo (DRC), Cameroon, through its dynamic private sector, must turn resolutely towards responsible exploitation and the preservation of its natural resources” says Antonio Pedro, director of ECA’s Central Africa Office.