‘Operation Green Brazil’ has been extended until April next year

‘Green Brazil’ (Operação Verde Brasil) is aimed at combating illegal deforestation and forest fires in the Amazon with support of the Armed Forces. The operation began in May 2020 and has been extended until April 2021. 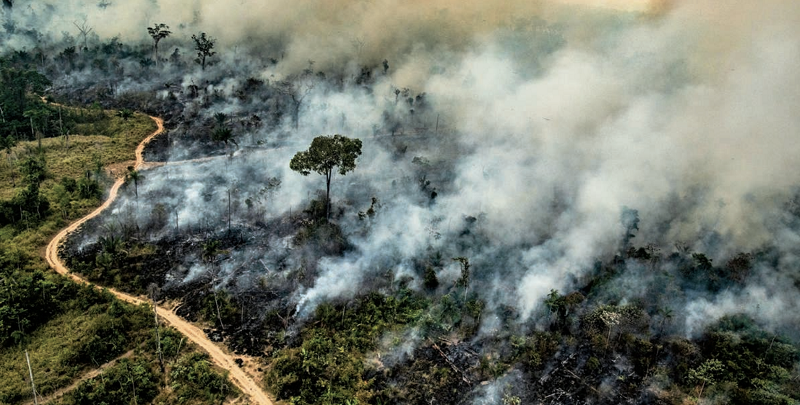 Forest fires in the Amazon of Brazil have become a regular occurrence. Image credit: Towards data science

The National Institute for Space Research (INPE) has reported that forest fires in the Amazon in 2020 have already exceeded those from the previous year. According to INPE, 89 604 hot spots were detected by satellites so far this year.

In 2019, 89 176 were detected. INPE´s deforestation alert system has reported that deforestation in the Legal Amazon registered 964km2 in September his year, down 34% from September 2019. That follows a 27% decline in July and a 21% decline in August compared to 2019 when deforestation in the region hit the highest level since 2008. The alerts were made by the Real Time Deforestation Detection System (Deter), which emits signals of changes in forest cover for areas larger than 3 hectares, both for areas that are fully deforested and for those in the process of forest degradation.