The potential of engineered wood as a sustainable construction material

By Chrisna du Plessis, Department of Architecture, University of Pretoria

Despite wide-spread use around the world, South Africans still regard timber construction with suspicion, best left to holiday log cabins and Wendy houses.

The University of Pretoria’s Future Africa conference venue challenged this misconception with its creative use of engineered wood, ushering in a new era for timber construction in South Africa. 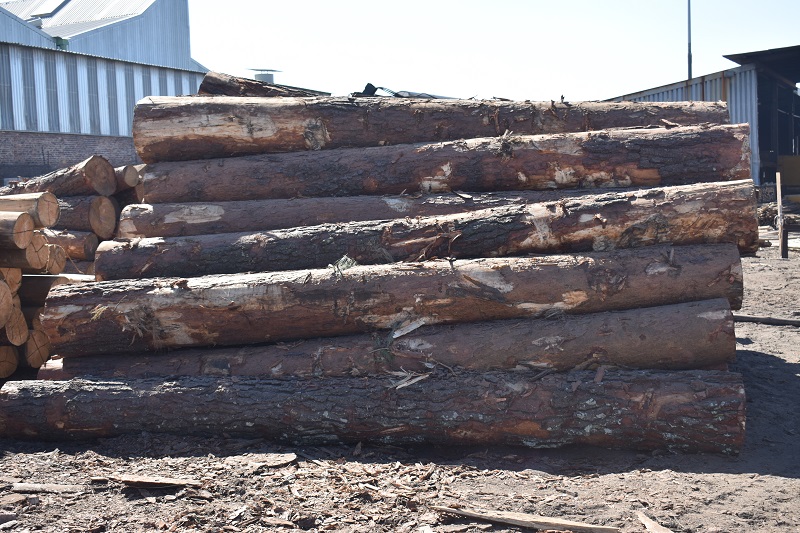 While engineered wood in the form of plywood, particle board and fibre board has been around for a long time, the international uptake of mass timber such as glued laminated timber (glulam), laminated veneer lumber (LVL), cross-laminated timber (CLT), and parallel strand lumber (PSL) for construction of high-rise buildings is placing timber construction at the forefront of the pursuit for more sustainable construction.

Producing concrete and steel is very carbon-intensive, together accounting for nearly 10% of global emissions. In contrast, as trees grow, they absorb carbon dioxide, with about 50% of the dry weight of wood being carbon. When the trees are sustainably harvested and used to make wood products, the carbon remains stored in the wood for the life of the product.

Recent studies have shown that engineered wood products – composed of wood and various types of adhesive to enhance physical strength – involve far fewer carbon dioxide emissions than mineral-based building materials in their production, and at lower cost.[i] Used in large buildings and high-rises, mass timber buildings can lead to significant carbon savings. For example, it has been calculated that the nine-storey Stadthaus in London has locked up 186 tons of carbon – enough to offset 20 years of its daily operations, meaning that for the first two decades of its life, the building is carbon negative[ii].

While there is debate over the exact emissions profile of mass timber when its full production lifecycle is accounted for (like including diesel-fuelled logging equipment), it is estimated to be about a third less than a comparably sized concrete and steel building.

Deforestation remains a concern in timber construction, but because engineered wood can be made from small sections of fast-growing trees, it can be produced without harvesting old growth forests, and use more of the mass of the tree than traditional lumber sections.

Wood also helps to reduce the cost of heating and cooling a building as it is 15 times better as an insulator than masonry and concrete, 400 times better than steel, and 1 770 times better than aluminium. Moreover, mass timber is quieter in construction, involves a smaller work crew and is safer overall.

Not only is mass timber better for the well-being of construction workers, but it also provides a better environment for building occupants. Wood absorbs sound, rather than reflecting or amplifying it, and can significantly reduce noise levels for increased comfort.

Wood has also been proven to lower the sympathetic nervous system within humans, which can contribute to stress, increased blood pressure and inhibit digestion and recovery. An Austrian study which compared the behaviour of students in classrooms constructed with timber and wooden interior furniture and those built with traditional methods found that pupils in the timber classrooms were more relaxed, slept better and experienced a significant drop in heart rates.

Comparatively, the students in the standard classroom saw an increase in heart rate over the year.[iii] In Australia a study[iv] of 1 000 Australian workers found a correlation between the presence of wood and employees’ overall satisfaction at work, lower absenteeism, higher levels of concentration, and improved productivity.

There is some evidence that timber construction is much safer in seismic areas than traditional brick, steel, and concrete buildings. For example, a study of engineered timber buildings after the 2011 earthquakes in Canterbury, New Zealand, found that these structures generally performed well both for life safety and serviceability, with most buildings ready for occupation within a short time following the events[v], whereas many of the traditional buildings had to be demolished.

Finally, mass timber may be safer in a fire than steel, but this requires close cooperation between the structural and fire engineering team. When mass timber elements are exposed to fire, the charring which occurs insulates the interior of the element from the fire and as the rate of charring and insulation to the strong wood is highly predictable, mass timber members can be designed to carry applied forces when exposed to fire. This increases the duration before a building collapses in the event of a fire, giving people more time to escape and fire departments a better chance to fight the blaze. Cross-laminated timber, or CLT, has been found to char during a fire at a slow enough rate that it can take more than 90 minutes of burning for a structure to collapse.

The case for engineered timber leading a sustainability revolution is exceptionally strong. Not only is it a renewable resource which sequesters carbon and improve the well-being of the occupants of wooden buildings, but wood is easy to work with and very adaptable on site. The various engineered wood products can make full use of a tree – a construction version of nose-to-tail eating, and the computer-aided off-site manufacturing process reduces construction waste and creates opportunities for small businesses. Examples from across the world shows that timber construction is no longer limited to domestic scale timber frame buildings, but that it is possible to replace steel and concrete high-rise buildings with timber.

If proper due diligence is done in the sourcing of timber from sustainably managed, local plantations (there is a lot of embodied carbon in timber shipped from northern hemisphere countries), attention is paid to the kinds of adhesives used to prevent health impacts and reduce fire risks, and engineered timber elements are engineered to a reliable standard, engineered wood can be the gold standard for sustainable construction in the twenty-first century.