The export of Cameroonian timber to Vietnam conceals enormous environmental and fiscal abuses. According to a report published by two local non-governmental organisations (NGO), these exchanges are marked by illegal cutting of protected species and the issuing of false invoices.

The loss of income due to this illegal flow is estimated at USD58-million, over the period from January 2016 to July 2020. 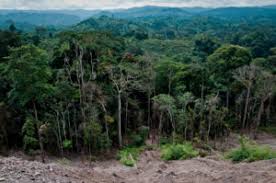 The latest investigation report published by the Environmental Investigation Agency (EIA) and the Centre for Environment and Development (CED), makes shocking revelations about the timber trade between Cameroon and Vietnam. With just over 22.5 million hectares of forests representing 48% of its territory, Cameroon has become Vietnam’s largest supplier of tropical logs, accounting for 25% of logs imported between 2016 and 2019. However, the supply chain is riddled with illegal practices, which degrade forests and explain the low contribution of the forestry sector to Cameroon’s budget revenues, 2.4% in 2019, according to the Directorate General of Taxes.

After three years of investigation into the timber route between the Central African country and the South East Asian country, EIA and CED deplore an illicit traffic, marked by corruption, false invoicing and illegal logging. According to the report, at least 132 000m3 of logs were exported from Cameroon to Vietnam in violation of the forestry law between January 2016 and July 2020. To protect the biodiversity of its forest, Cameroon passed a law in 1999 that strictly prohibits the export of certain wood species in the form of logs. The species concerned are: doussie, mukulungu, sapelliv, padouk and movingui.

Illegal timber trafficking between Cameroon and Vietnam has, above all, serious economic repercussions. Over its study period, the EIA and CED report estimates at 58 million dollars, or 32 billion CFA francs the leakage of public revenue due to false invoices and illegal cutting of species protected by law. “Sources told EIA investigators that the sawmills set up by Vietnamese companies enable them to quickly launder illegal timber by processing it roughly, erasing marks or hiding the absence of required marks,” says Samuel Nguiffo, manager CED Cameroon.

The Cameroonian government has yet to respond to the charges against it in this report. According to the investigators, state agents play a role in covering up and maintaining the illegal timber trade to Vietnam. These accusations contrast with a recent commitment made by Cameroon and other countries of the Economic and Monetary Community of Central Africa (CEMAC). At a virtual meeting held on 18 September 2020, the ministers in charge of forests, industry and the environment of Central Africa adopted the decision banning the export of timber in the form of logs, from 1 January 2022. The aim is to preserve the Congo Basin through transparent and sustainable forest exploitation.

This article was first published on Afrik21