The first batch of 60 Magnevane pneumatic chainsaws (The Swordfish M15) with Vesconite Hilube polymer vanes will arrived in South Africa in early March 2021. 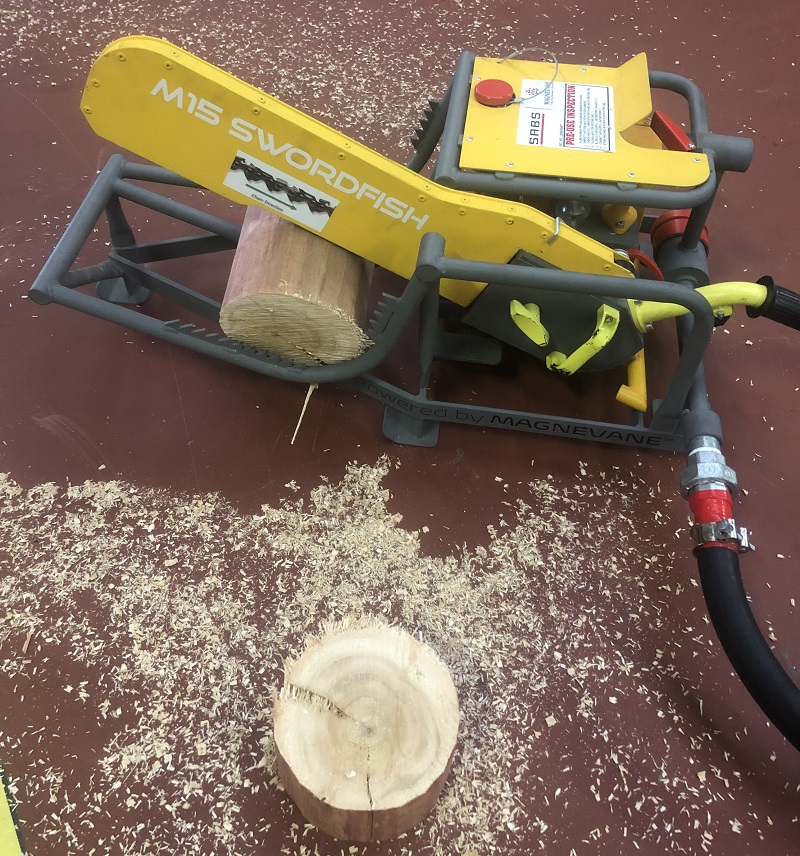 The Magnevane Swordfish has the most powerful and efficient air motor in the world. Photo by Vesconite

A further 150 saws will arrive monthly thereafter to go into the South African underground gold and platinum mines, which get through 15 000 pneumatic chainsaws every year. The Magnevane Swordfish has the most powerful and efficient air motor in the world, which is one of the reasons it uses Vesconite high performance polymers.

The pneumatic chainsaws were developed for underground mines in which timber poles are often used to support the roof – known as the hanging wall – to prevent collapses in the confined underground stopes (work areas) that follow the orebody.

The chainsaws cut support poles in restricted spaces and are required to have excellent reliability and efficiency so they can remain underground for extended periods.