The senior economist of the Institute for Development of Economics and Finance (INDEF), Dradjad H Wibowo, who is also the Chairman of the Indonesian Forestry Certification Cooperation (IFCC) said that the climate crisis and Sustainable Development Goals (SDGs) will have a central role in the global issues in the future. 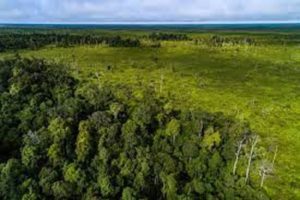 Sustainable forest management is critical for the Indonesian forest industry. Photo by Flickr

Dradjad said for Indonesia the issue of sustainable forest management (SFM) has a major influence on the image of Indonesia’s global image. He explained that in the past the issue of SFM undermined exports and impacted the economy but with hard work the government, the private sector and civil society has gradually been able to improve its performance and image related to SFM.

Meanwhile the Indonesian Minister of Trade, Muhammad Lutfi, has urged Indonesian furniture producers to expand exports. He said this when witnessing the export shipment of furniture produced by PT Integra Indocabinet. The minister promised to help companies in resolving problems to increase exports and he refuted claims that it is more difficult to get raw materials in Indonesia than in Vietnam. He claimed that demand in the US for Indonesian furniture has expanded after sanctions on some other countries in Asia.