From: The American Hardwood Export Council

The total value of American hardwood lumber and veneer exported to India was USD2.3-million in the first quarter of 2021. 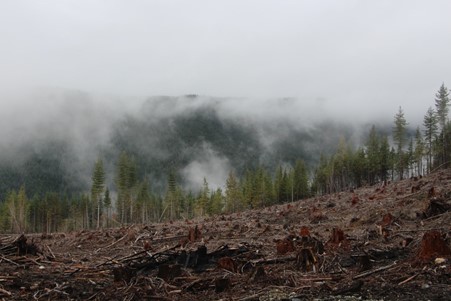 India, as a market for American hardwoods, looks to be back on track to fulfill its potential following last years’ economic downturn caused by Covid-19. Keeping in line with India’s rapid economic recovery, total exports of US hardwood lumber and veneer to India for the first quarter of 2021 reached USD2.308-million, up by 62%, according to the American Hardwood Export Council (AHEC), the leading international trade association for the American hardwood industry. Statistics compiled from the latest data released by the United States Department of Agriculture (USDA) revealed that US hardwood lumber exports for Q1, 2021 increased by 214% to reach USD1.159-million whilst US hardwood veneer exports increased by 9% to reach USD1.149-million.

According to AHEC, demand for American hardwoods in India is expected to at least return to the record levels seen in 2019 this year; and the first quarter statistics are definitely a step in the right direction. Despite global lumber shortages, uncertainty in freight rates and availability of containers, and generally increasing prices across all species, exports of both US hardwood lumber and veneer were up year-on-year. It is also worth noting that US hardwood log exports to India reached just 678 cubic metres during the period, marking a 71% decrease in comparison to the same period last year. This is indicative of a general shift seen in recent years by Indian buyers towards importing value-added kiln-dried lumber, as opposed to logs.

“Given the tremendous potential present in India and despite the major challenges facing the wider use of American hardwoods, we cannot ignore the fact that demand has been increasing in recent years. Whilst overall imports of US hardwood lumber and veneers decreased in 2020, they were still significantly higher than in 2018. India, like other markets across the globe, was impacted by the pandemic in the first half of 2020 but showed a remarkable turnaround with two thirds of the total volume exported to India in 2020 taking place during the second half of the year. This uptake has continued into the new year, and the first quarter statistics bode well for the rest of the year,” said Roderick Wiles, AHEC Regional Director.

“However, we are not out of the woods yet. 2021 did start very well for exports of American hardwoods to India, but the current state of the Covid-19 pandemic is a major cause for concern and its effect on India’s economic recovery, not to mention its people, is yet to be fully seen. On top of this, global demand for American hardwoods has surged in recent months and supply is yet to catch up, resulting in tighter than usual availability of certain species. This supply-demand balance will be restored soon enough, but it makes for a challenging time at present. Nonetheless, both AHEC and the US hardwood industry remain extremely confident in the future potential of India as a major world market for American hardwoods. For this reason, we remain committed to supporting this developing trade,” concluded Wiles.