The gradation of nature

House in Minohshinmachi expresses the idea that it is possible to build a beautiful, interesting house that is also economical. 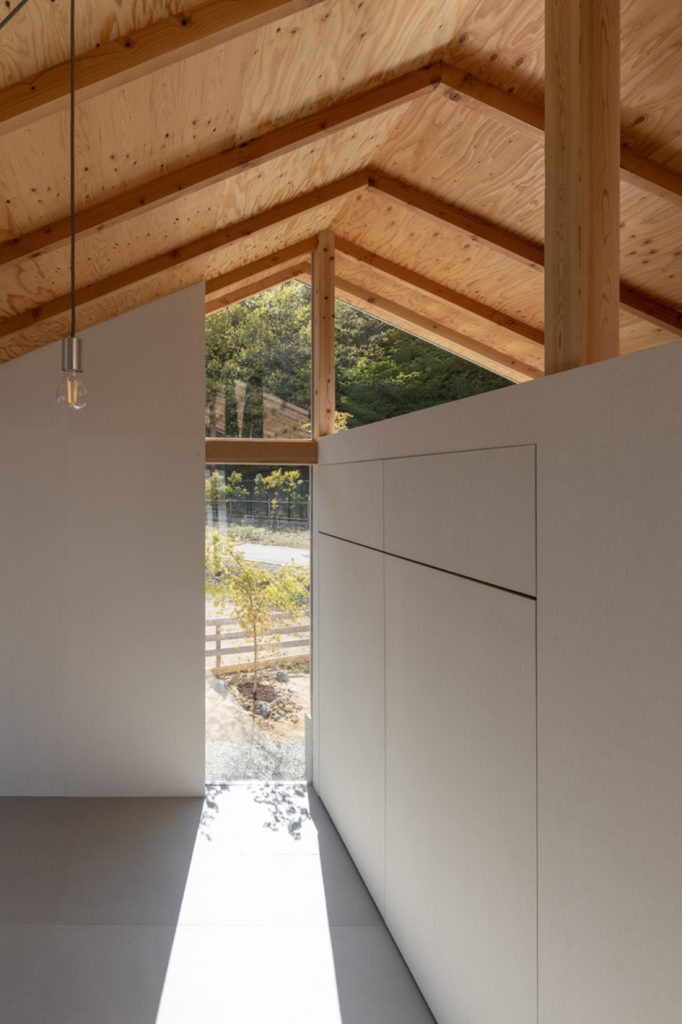 The project was designed for a young couple by Japanese architect, Yasuyuki Kitamura.

The planned site is located in the northernmost part of Minoh City, Osaka Prefecture, and the surrounding development area is blessed with a natural environment. However, many of the houses built in the surrounding area were not much different from those built in the city centre. In this environment, the client couple wanted a simple house that would allow them to absorb the richness of nature in their daily life, unlike living in a house built in the city.

The south side of the site faces the road, and the east and west sides are flanked by residential lots. On the north side, the site faces the management road of Satoyama Farm, which was established as a buffer zone for the landslide disaster warning area. The background features the magnificent greenery of Mount Aogai, the northernmost mountain in Minoh City. In addressing this border between the ‘city’ and ‘nature’, a quiet residence with a vague boundary between interior and exterior, in harmony with the surrounding natural environment, was required.

The House is a one-storey building with a simple, loosely gabled roof, and the volume is kept low so that it is loosely continuous with the surrounding landscape. Additionally, with a very limited construction budget, the structure was built using conventional wooden construction methods, with all pillars measuring 105mm square, and all of them constructed using ordinary structural metals. A simple symmetrical frame structure with columns spaced one pitch apart, a single longitudinal climbing beam inside and outside, and rafters with narrowed ends are used to ensure high seismic performance and to significantly reduce the construction period. 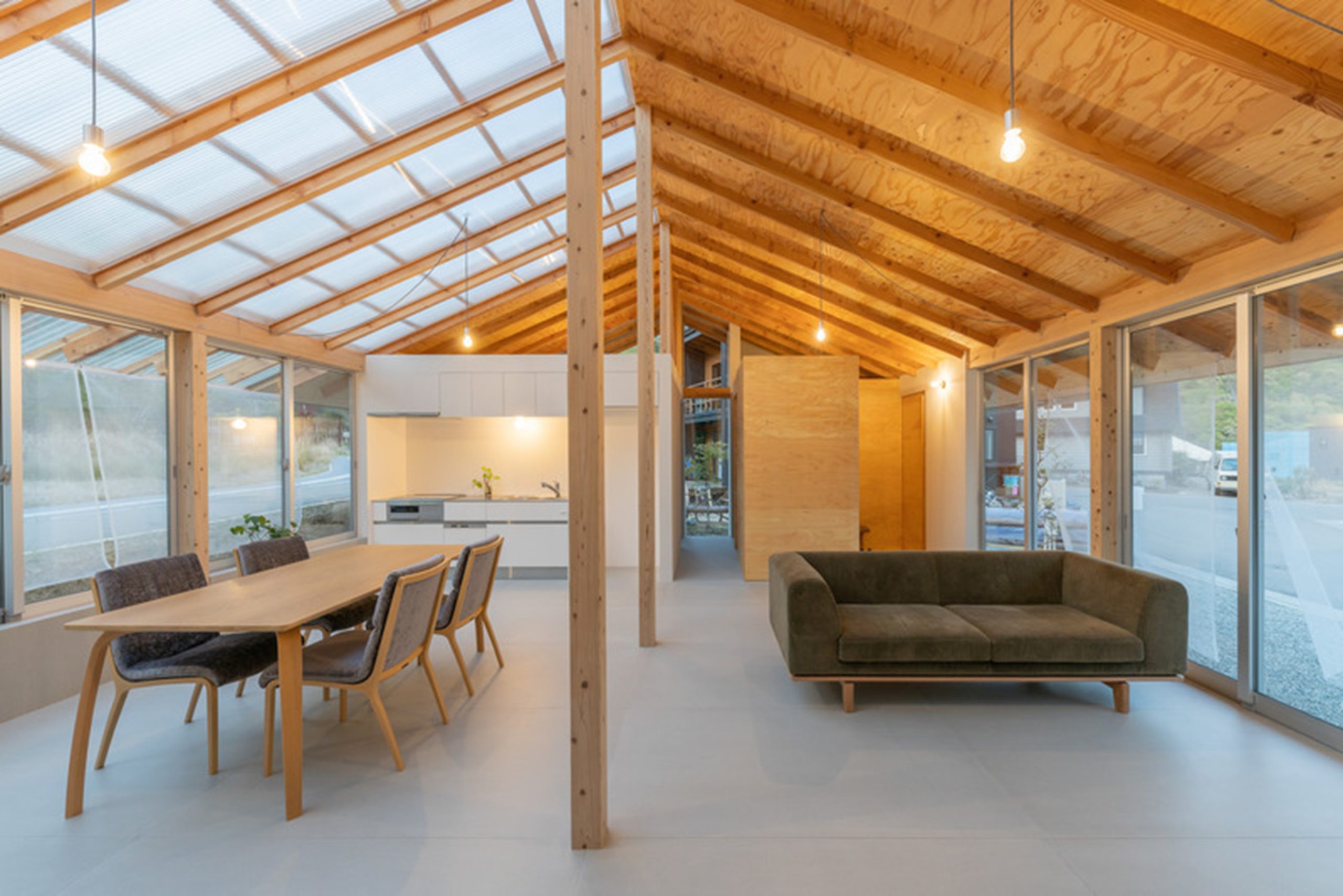 The interior space is extended by paired openings, a light roof, deep eaves, and large skylights that draw in the trees and blue sky. And by nesting the rooms, an intermediate area was created, blurring the interior and exterior of the building. Two pillars placed in the centre of the large space, positioned as architectural components with a small cross section, provide the space with a sense of calm, like standing trees in a forest.

This single architectural gesture establishes the building’s style based on an honest use of materials and a balance between opacity and transparency. Inside the single-storey home, which is divided by slender wooden beams, the kitchen, bath and other functions are contained by a number of nested rectilinear volumes, either white-washed or clad in plywood. Modern and solid, the structures provide a wonderful contrast against the classic, airy envelope. While seemingly light and ethereal, the house is highly earthquake-resistant, thanks to the traditional wooden construction method employed in its making. A new expression in a remarkable setting, the project shows that greatness can be achieved with modest means.

“We have been searching for the future of environmental architecture, and our goal was to reconstruct the forgotten relationship between local character and the surrounding natural environment. The result is a new type of building that, in addition to its high residential performance, feels more like a part of nature than a landscape,” said architect Yasuyuki Kitamura.

In recent years, the demand for housing performance has steadily increased. This building, with its well-balanced shape and large openings, was designed to withstand earthquakes in Japan, a country renowned for such occurrences. The house is designed to earthquake resistance grade 3 standards, and with excellent insulation performance standards, resulting in a calm and relaxing atmosphere.

House in Minohshinmachi won the prestigious AZ Award, and was selected as a 2021 Architizer A+ Awards for Architecture + Living Small/Low Cost Design finalist.