According to industry newsletter, TimberBiz, Australia’s “… pipeline of homebuilding activity is at record levels and growing at its fastest ever pace. For the timber and wood products industry, the pressure is all the more significant because, while demand for sustainable building products has never been greater, the pressures on the local supply chain have rarely been as severe”. 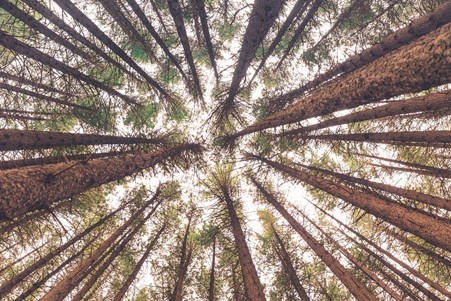 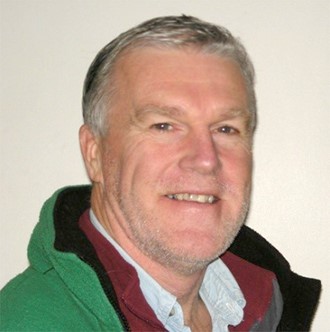 The current timber shortage reflects both a lack of sufficient supply of local plantation softwood (pine) which comprises the bulk of house framing timber; and insufficient imports of hardwood sawn timber (for flooring, panelling, and cabinetry) that we have come to rely upon as state governments have progressively reserved what was formerly obtainable from our own native forests.

The softwood plantation expansion programme would eventually result in about a million hectares of pines being established over about 20 years. However, from the mid-1970s the programme was beset with growing community disquiet over the ecological impacts of replacing publicly owned biodiverse native forests with an introduced tree species monoculture. Accordingly, by the mid to late-1980s, the programme ground to a halt as mainland state governments outlawed the practice of converting public native forests to plantation.

It was hoped that corporate and individual tree growers would continue the planting programme by utilising privately-owned lands which had preferably been already cleared for agriculture. But plantations are a very risky long-term investment subject to the unpredictable vagaries of nature, and with returns on initial expenditure only realised decades into the future. This severe disincentive to invest is further exacerbated by the substantial capital outlay required to purchase suitably productive farmlands that, in any case, offer a far better financial return under agricultural enterprises that earn an annual income. Consequently, there was little private investment and plantation expansion had virtually ceased by the mid-1990s, while population growth and demand for wood continued to climb.

Amid concerns about the lack of new plantation establishment, the Howard Government in 1997 devised the ‘2020 Vision’ policy that aimed to treble the area of Australia’s plantation estate by 2020. It encouraged private funding of tree-growing via a tax deduction that was wildly successful in attracting investors keen to minimise their tax liability. However, by the late 2000s, the Global Financial Crisis and fears of unattainable rates of return related to inappropriate planting on marginal lands, saw a collapse in tax minimisation-fuelled investment in trees, and other agricultural commodities.

While the ‘2020 Vision’ policy did approximately double Australia’s plantation estate by around 2009, these new plantings were overwhelming short rotation hardwood (eucalypt) fibre crops grown for the export woodchip market. Accordingly, the policy did not significantly increase the area of plantations grown longer to produce larger trees needed to produce the sawn timber required to meet increasing demands for house construction.

Concurrently with the failure of the nation’s softwood plantation estate to keep pace with the rate of population growth, the traditional supply of hardwood timber from native forests has been progressively and significantly eroded. This has occurred for two reasons: firstly, because plantation timber has replaced native hardwood in high volume low value uses thereby reducing the pressure to harvest native forests and allowing genuine biodiversity conservation needs to be better catered for; but secondly, because left-of-centre state governments have variously adopted the ideological ‘save-the-forest’ preservation agenda championed by environmental activism. Over the past 20 years, the latter reason has predominated as ‘saving forests from logging’ has proven to be so popular amongst mostly urban voters.

The diminishing local supply obtainable from our own forests has forced our demand for hardwood to be increasingly met by imported timbers, largely derived from the tropical rainforests of Asia-Pacific nations. This reliance on imported timber is now problematic amidst a global surge in timber demand which has forced those nations to utilise more of their own wood domestically in preference to exporting it.

Given this context, the general lack of support for domestic native hardwood timber production exhibited by most Australian state governments – especially Victoria which is phasing it out by 2030 – is appallingly short-sighted. All-the-more-so because native forest hardwood timber production is already so limited and highly regulated to minimise any environmental impacts. Despite this reality, eco-activists continue to grossly misrepresent native forest use as an existential threat to a range of wildlife species and forest values to an extent that maintains the political attractiveness of closing timber industries.

While the timber volume derived from native forests is now dwarfed by the much greater production from plantations, the decline of the native hardwood industry is widely acknowledged as a significant factor in the increasing incidence of mega-bushfires over the past 20 years. This is due to the accompanying loss of experienced fire-fighters, especially bush-wise industry contractors whose machinery was traditionally on the frontline of fire-fighting operations.

Coupled with this, the re-badging of former wood production forests as national parks or other forms of conservation reserve, has generally led to neglected or closed access roads/tracks that have significantly hampered rapid fire control.

While most native forest types can recover from fire, pine plantations are mostly killed outright. In recent years, losses of plantations to bushfire have significantly increased, and it is now a significant factor in our wood supply shortage. For example, the Australian Bureau of Agricultural and Resource Economics and Sciences (ABARES) found that the 2019-20 bushfires in eastern Australia burnt through 130,000 hectares (or 6.7%) of the nation’s commercial wood plantations.

Vast Victorian research has shown that approximately 90% of the bushfire damage incurred by plantations is attributable to the 25% of fires that enter from adjacent native forests or grasslands. Clearly, the capability to rapidly control fires in native forests is strongly correlated to minimising fire damage to plantations and thereby helping to avert wood supply shortages. Accordingly, maintaining our domestic native hardwood industry is important because it produces in-demand timber products, but just as importantly, because it is such a key plank in the forest fire management capability needed to minimise plantation losses.

While minimising the impacts of future bushfires will be important, we are likely to have a wood supply shortage for many decades into the future because we simply have not planted enough trees for solid timber production. While the recent concentration of plantation expansion for the woodchip export market has exacerbated this problem, it might also offer an opportunity to help alleviate it if, after harvesting to meet contract obligations, substantial parts of the plantation woodchip estate could be re-established and re-purposed for growing solid timber over the requisite longer timeframes.

Other than that, it is hard to envisage sufficient areas of quality farmland being given over to the generally financially inferior land use of long-term timber-growing, unless there are substantial government subsidies.

Mark Poynter is a professional forester with 40 years of experience. He is a Fellow of the Institute of Foresters of Australia and his book Going Green: Forests, fire, and a flawed conservation culture, was published by Connor Court in July 2018.