Victoria’s forestry workers, it is probably fair to say, were well and truly stitched up by their State Government last week. The ‘strict liability’ clause in the Forests Legislation (Compliance and Enforcement) Bill 2019 leaves native timber workers vulnerable to a range of new serious criminal offences. 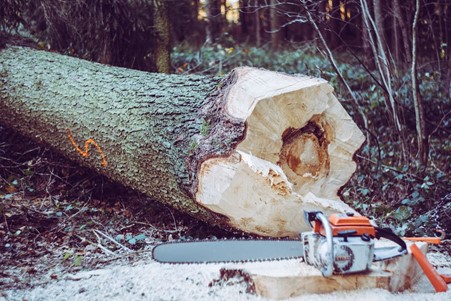 It leaves native forest logging contractors facing huge fines for failing to comply with a Code of Practice for Timber Harvesting that is still under review.

The Bill, which will now become law once Royal Assent is granted, gives departmental officers the right to halt harvesting, and the Office of the Conservation Regulator the power to demand contractors hand over diaries and documents to check for breaches of the code.

That’s the code which is still under review.

There are fears the new laws will encourage even more anti-logging activists to harass and dob in harvest and haulage contractors for the most minor code breaches, from dropping a tree into a buffer zone to harvesting just outside a designated coupe.

The Victorian timber industry was blindsided in early September by the State Government’s decision to bring the Bill forward despite it having been sitting on the notice paper for the best part of 18 months.

As the Member for Evelyn Bridget Vallence said in the Legislative Assembly said this week: “Why the rush? Really, why the rush?”.

She said the Government knew that the CFMEU did not like the Bill.

“And yet they are rushing it through now, and I dare say it is because of a deal, potentially with the Greens,” Ms Vallance said.

Could the CFMEU’s opposition be the key?

The Opposition used probably every weapon in its arsenal to get the passing of this Bill delayed for as long as possible.

But at the end of the day, the Government with the help of the Labor-voting independents Andy Meddick, Fiona Patten and the Greens, got it through.

Ms Vallance during debate really summed it up:

“…this is one of those really bad Bills. There is no industry support for this Bill. This is about cutting down timber workers at the worst possible time. This Bill puts timber workers in a completely untenable situation. It is nothing but an attack on timber workers. Let us not forget that this Bill has imposition on all workers in the timber industry, including workers in VicForests – state government employees.”

It could not have been put better.