Timber troubles escalate in Victoria with workers stood down

The Victorian timber industry is facing a fresh crisis with VicForests’ contractors and timber workers stood down last week because of more recent injunctions placed on the harvesting of coupes. 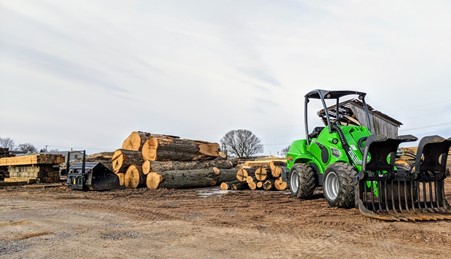 The timber workers union held urgent talks with forest contractors and their national association on Friday about the hundreds of workers stood down or at risk of being stood down as Christmas approaches.

The union is calling on the Andrews Government to urgently act to get contractors and their crews back to work, prevent mills running out of timber and, in the interim, pay the wages of workers that are stood down through no fault of their own but due to Government bungling.

The cornerstone of the Government’s plan was that everyone in the industry – contractors and sawmillers – would get their allocation of wood supply until 2024.

“This commitment in the plan has spectacularly failed,” Michael O’Connor said.

“We warned the Government that its plan to get out of native forests without an agreement from green groups to cease harassment, protests and lawfare would leave timber workers vulnerable.”

Injunctions on harvesting as a result of environmental lawfare started impacting contractors and timber workers livelihoods and wood supply in February 2020, less than three months after the plan was introduced. It took the Government until June 2020 to do anything about it.

The Government promised amendments to the Code of Practice to “minimise the risk to short-term supply obligations arising from third-party litigation”.

The union welcomed this announcement, anticipating swift action that did not eventuate.

“The Code changes, which took the Government almost 18 months to gazette, do not go far enough – as the latest injunctions attest to,” Mr O’Connor said.

“We warned the Government that their code changes were inadequate, and that green groups would find another angle to cause chaos in the industry and hurt timber workers and communities,” he said.

“That is exactly what has happened, and the Government now has a responsibility to these workers to fix it.”