Meranti: Versatile, beautiful and easy to work with

Meranti is a lovely and versatile timber from the genus Shorea. It has high commercial value and can be easily found in Malaysia. Meranti can grow well over 50 metres in height with diameters ranging from 1.0 to 1.5 metres on average. 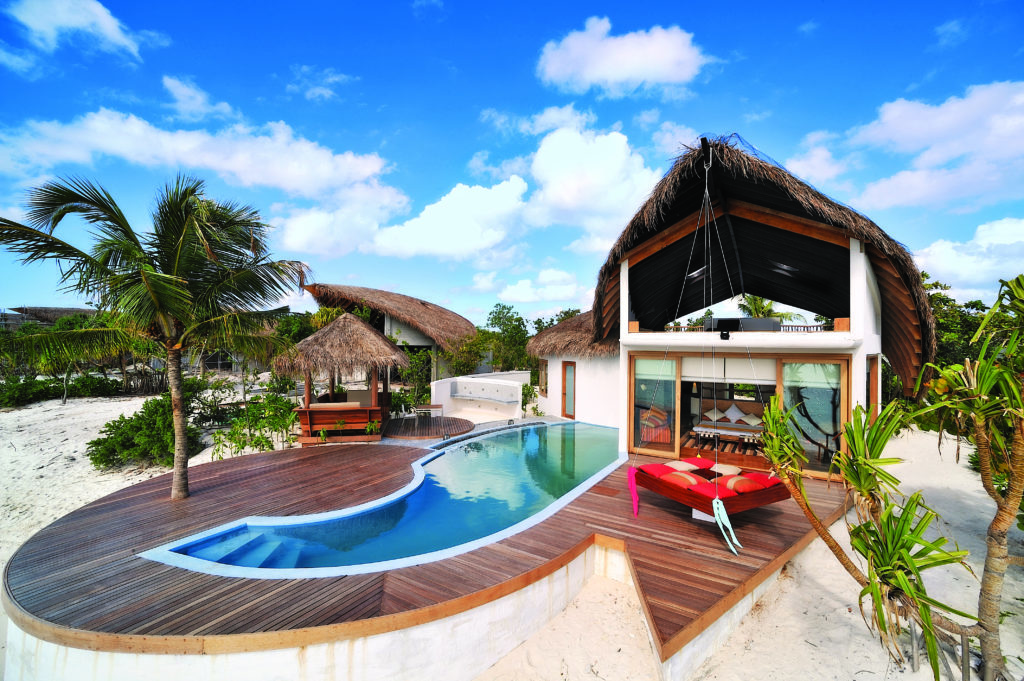 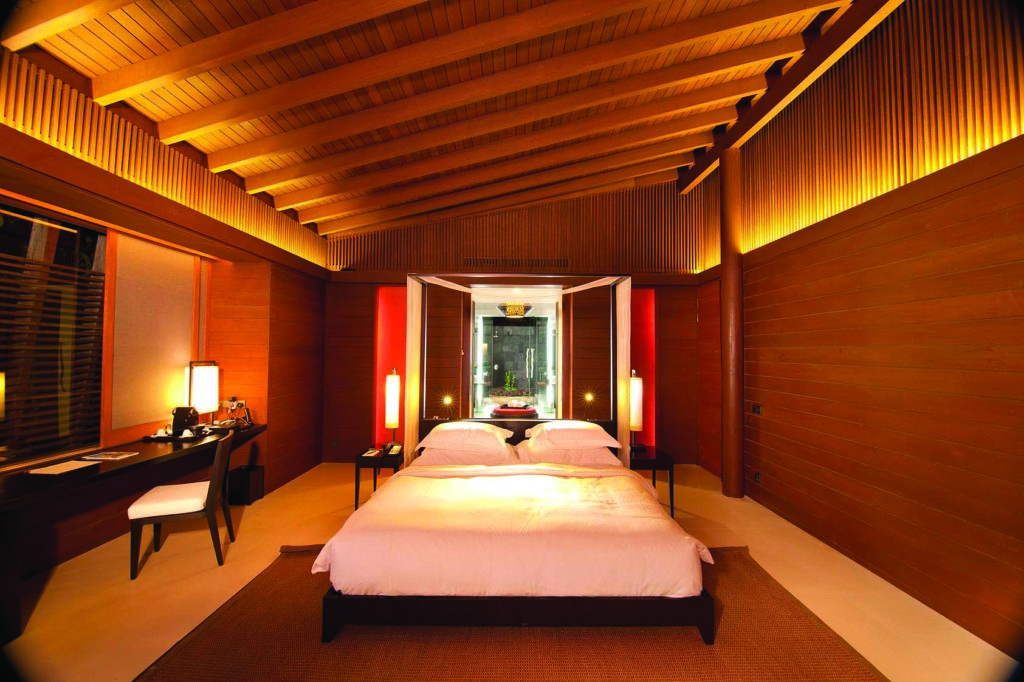 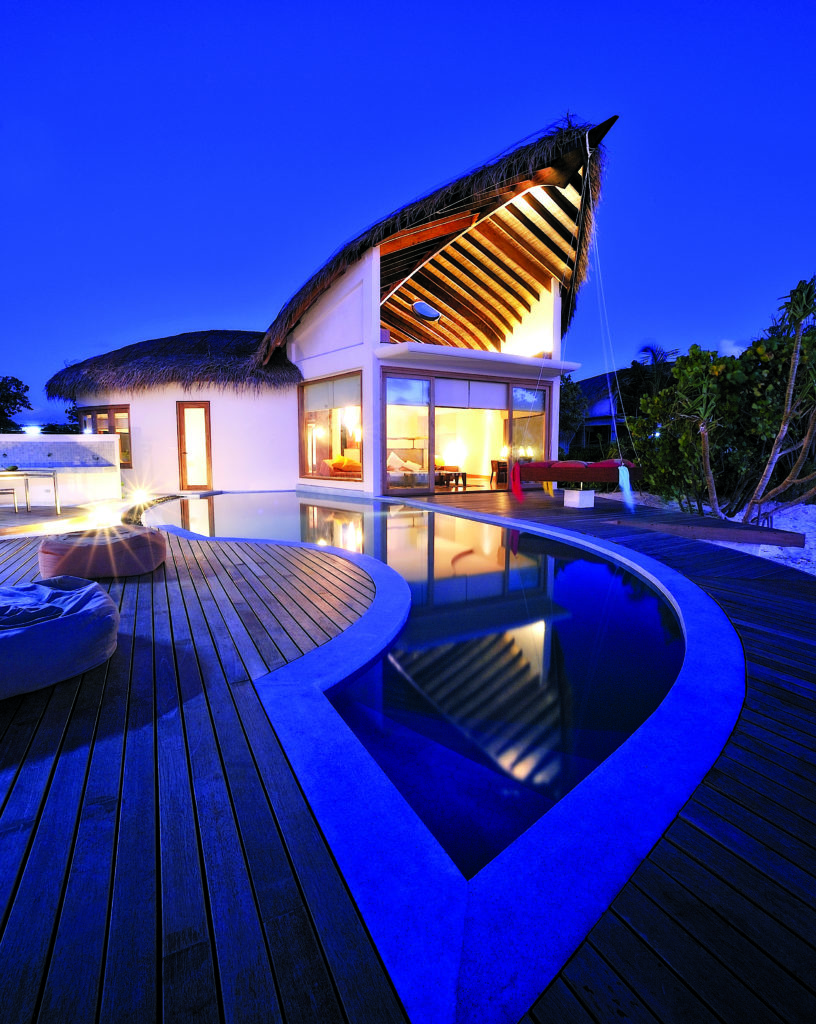 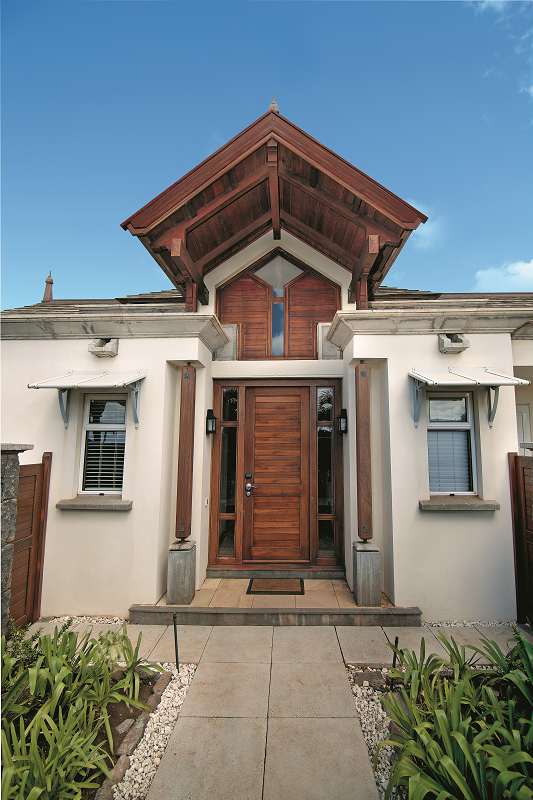 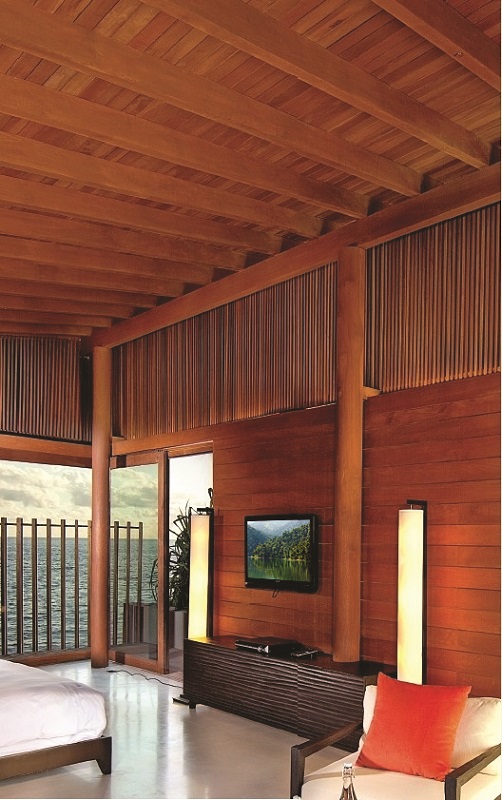 2336 yellow meranti-Park Hyat Hadahaa Maldives.Image: Malaysian TimbersThere are over 190 species of Shorea that come in different colours in the heartwood but share somewhat similar characteristics in terms of texture, grain, and workability. Meranti is often found in grey or yellow blending to reddish depending on where it is harvested.

It ages to golden brown with continued exposure to light while its heartwood can vary from dark red/purple to a straw yellow or pale white. The wood is straight grained but often interlocked producing a distinctive ribbon striped appearance.

Meranti is mainly used for the manufacture of windows, doors, and frames due to its good technical properties and wide availability.

There are two large groups of commercial Meranti. They are Dark Red Meranti and Meranti DUC or ‘Dark Uniform Colour’ which is a mixture of several Meranti species of similar colour and grain.

Below is a brief description of these timbers.

Dark Red Meranti or DRM is a light hardwood with a density of 450-700kg/m3 air dried. It easily machines, cuts, mills, and sands. It has a course, fibrous texture with open pores. The sapwood is not clearly defined from the heartwood which is medium red to deep red-brown. The texture is moderately coarse and even. Major species of DRM that are widely available are Meranti Bukit, Meranti Nemesu and Meranti Seraya.

Meranti Nemesu, which is commonly used for the manufacture of staircases, has a density of 500-650kg/m3 when it is kiln dried at 15% moisture content. Meranti Nemesu’s colour ranges from dark brown to reddish brown, and as it ages it acquires a beautiful silvery patina (unless a UV protectorate is applied). It is used for boatbuilding, millwork, and window and door applications. It machines easily, glues and stains well too.

Meranti Seraya has a density of 450-550kg/m3 when kiln dried at 15% moisture content. It is commonly used for the manufacture of window frames, millwork, window, and door applications as well as boatbuilding. It is occasionally referred to as ‘Philippine Mahogany’. Meranti Seraya is dark red to purple-brown in colour with white streaks. It has straight and interlocked grains. It is a durable timber which is easy to work with, stain and paint.

This is a group of Meranti timbers that are in dark uniform colours and grains. The Meranti species under ‘DUC’ are hardwood timbers that are easy to work with. The timbers range from smooth pink to soft red with densities from 400-500kg/m3 when kiln dried at 15% moisture content. It is commonly used for marine and millwork applications. These are attractive timbers that can be worked with by hand and can be easily glued, stained/painted, and nailed. 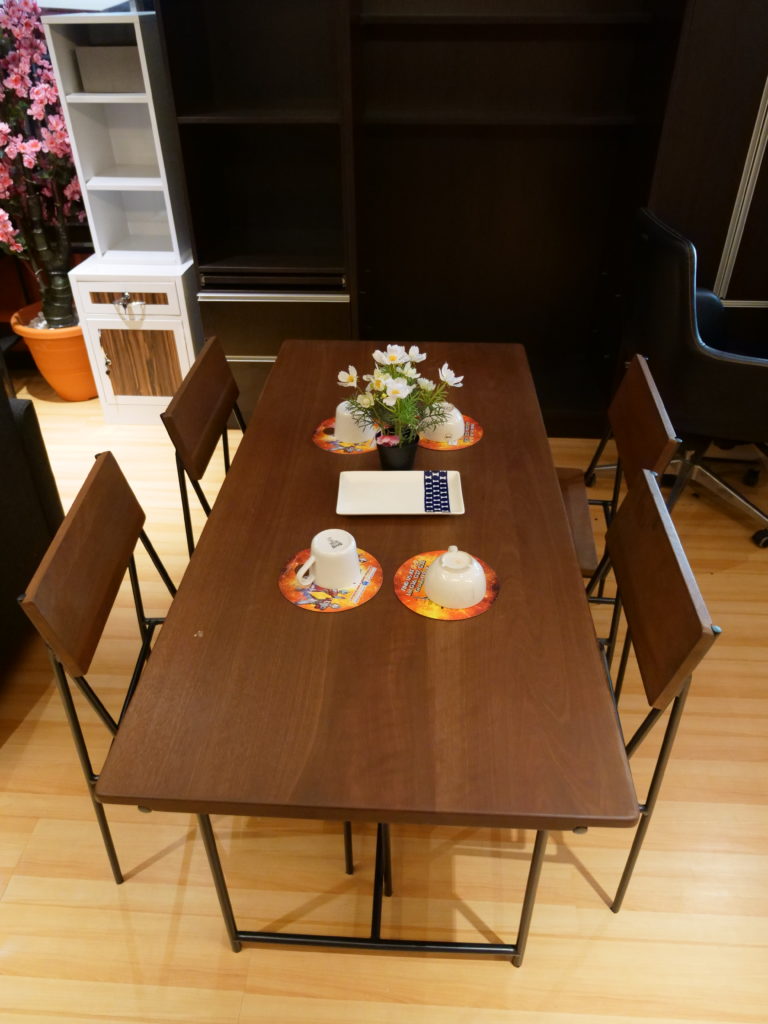