Building standards and regulations are essential when talking about using timber as a construction material. It will be worth looking at the most important aspects in our endeavour to promote the use of timber in buildings. 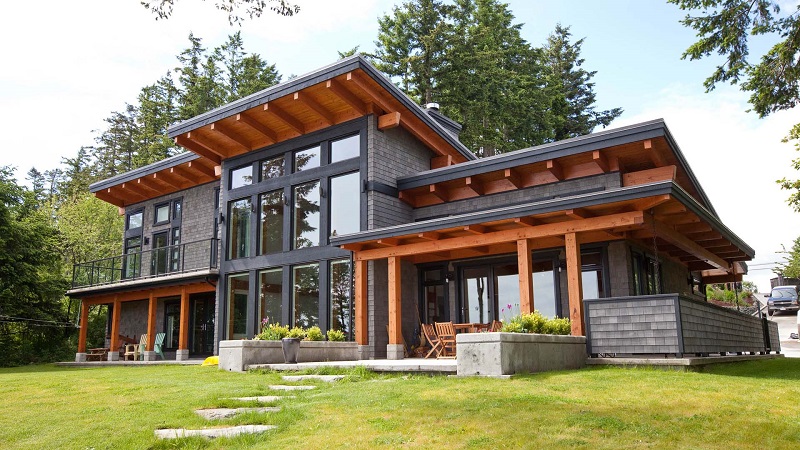 The National Building Regulations and Building Standards Act, 1977 (Act 103 of 1977), is the enabling Act under which the National Building Regulations (NBR) are made. Section 17 of the Act establishes the framework within which the Minister may make regulations. This framework deals mainly with administrative matters, the protection of property and the general safety, health, and convenience of the public in so far as they relate to the erection of buildings and of users and occupiers of buildings. An expansive interpretation of the Act in the light of the Constitution has enabled regulations relating to environmental sustainability to be made.

The National Building Regulations, with the exception of Part A, which covers administrative requirements, sets out general principles that are generally functional in nature (they do not prescribe how a building should be constructed, but rather stipulate the performance requirements that the building design or construction of the building must satisfy).

To facilitate the use and application of the National Building Regulations the functional regulations are supported by a set of deemed-to-satisfy rules, which are published in SANS 10400, the Application of National Building Regulations. These deemed-to-satisfy provisions describe design and construction methods, materials, and solutions, which if applied, will ensure that the building so designed and constructed will satisfy the functional requirements of the regulations.

Constitutional Dispensation Section 156(1) of the Constitution,1996 confers specified powers on municipalities which in the case of the National Building Regulations has executive authority and has the right to administer Such legislation.

The National Building Regulations and Building Standards Act, 1977 (Act 103 of 1977) empowers the minister of the Department of Trade Industry and Competition (dtic) to ensure that the local authorities to regulate the construction industry by means of dedicated building control officers (BCO). They are responsible for advising the local authority on construction and building matters and to regulate the industry by means of the said Act (1997) (NBR&BSA).

The Building Control Officer is appointed by the Council of the local authority and is the building industry’s specialist and ministers’ agent on behalf of the National Building Regulations and remains his responsibility to ensure that the Act and Regulations are adequately administered.

The short title of this Act is: to promote uniformity in the erection of buildings within the jurisdiction of local authorities by prescribing National Standards.

Therefore, the Act allows for a set of dedicated South African National Standards to provide the performance criteria to which all buildings are measured, and if the building application satisfies such standard the BCO has to approve such building application. Where the building does not satisfy the BCO has to refuse such application. The NBR is predominantly focused on providing solutions for building constructed with the general building methodology bricks and mortar.

For any building not falling within the solution ‘brick and mortar’ such building application can be supported by a specific national Standard such as SANS 10082 or the National Standard describing ‘light steel structures’.

Where no National Standard exists that describes a building system outside of this regime an engineer can perform a rational design which proves that the solution submitted will satisfy all the functional requirement set within the regulation of the Act. Agrément SA can also provide the building system with a certificate which declares that the system is fit for its intended purpose. Both a Agrément certificate and a rational design has to be provided to the building control officer for his scrutiny and recommendation for approval.

Only when a submission that complies with the South African National Standard, a rational design by a competent person and a Fit for Purpose Agrément Certification provided by Agrément SA is accepted by the Local Authority can such building application be allowed to continue with construction.

These procedures are described within the National Building regulations and it would not be possible to obtain approval without one of the provided solutions being followed.